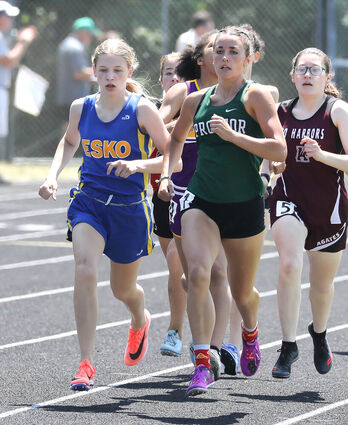 It was a wild scene at Cloquet High School on Thursday as Cloquet hosted the Section 7A boys and girls track meet. Champions and team winners were crowned in a myriad of events. Winning the Section 7A girls championship was Esko with 93.40 points, with Proctor taking second with 90 points.

The boys title went to Greenway/Nashwauk-Keewatin with 82, with Esko finishing a close second with 78.50 points.

On the girls side, top local finishers included Emily Rengo of Esko, who captured the 100-meter dash in 13.07 seconds.

"Emily Rengo is our quiet leader in our girls program, and she is not only the section champion in the 100-meter dash, but she is our rock in our relays as well," Peterson said. "She makes running look effortless, and never does she seem to be straining." 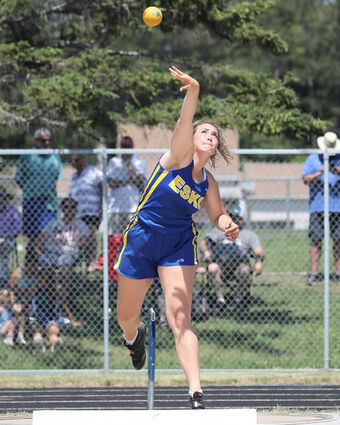 Esko and South Ridge both had second-place finishes in the relays: the Eskomos in the 4x100 event, and the Panthers in the 4x400 relay.

Skyla Thompson of ML/WR was runner-up in the pole vault with a vault of 8-6.

Zoie Johnson of Esko took top honors in the shot put with a throw of 37 feet even, and finished second in the discus to Elle Ridge of South Ridge.