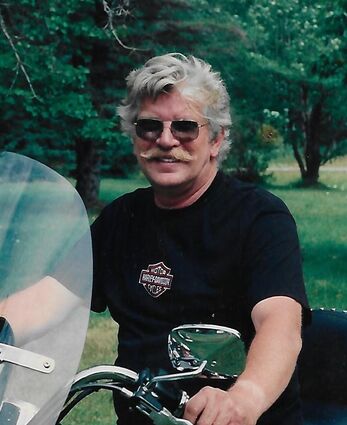 He grew up in Carlton and graduated from Carlton High School in 1955. On Jan. 14, 1961 he was united in marriage to Roberta Kay (Hopp) Tribby at the First Presbyterian Church in Wrenshall.

He was a self-proclaimed “professional driver” for United Parcel Service in Duluth before transferring to the newly formed Sandstone center, where he finished out a 30-year career. He also served as the Teamsters union steward while working there. He loved our mother, his Harley-Davidson, wild animals and pets, tinkering in his garage, watching the Vikings, reloading ammunition, target shooting, listening to all kinds of music including Jimmy Swaggert, winter trips to Florida, and sharing wisdom with his BELOVED grandchildren.

Arnie is preceded in death by his wife, Roberta; his parents, Emery and Alyce Tribby; brother, Clifford; granddaughter Jordan; as well as sisters-in-law, brothers-in-law, many aunts, uncles and cousins, and other relatives.