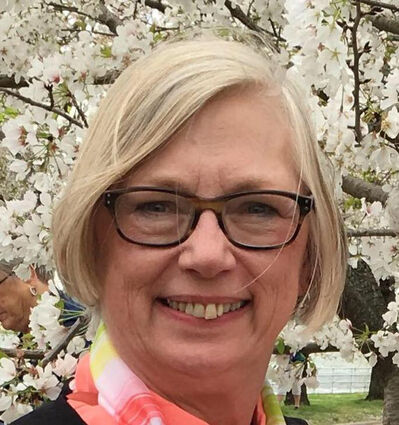 Freda’s earth walk ended June 17, 2021 after a year-and-a-half-long battle with cancer. She passed away peacefully in her home at age 70. Freda was born Nov. 15, 1950 in Fort Dodge, Iowa to E.G. Petersen and Donna Mae Conklin. She grew up in Iowa, Michigan, Illinois and, ultimately, Minnesota, where she spent all her adult years. On May 5, 1979 she married Keith Carlson, her soulmate and the love of her life. Their son, Darrin Carlson, was born Feb. 8, 1983. Freda earned her bachelor of science degree in community health education from the University of Minnesota Duluth. Throughout her career, she worked for Maurices, the American Cancer Society and the Alzheimer’s Association. During her time in the nonprofit sector, Freda formed many lasting friendships with staff and volunteers. After retiring, she worked part-time at Christopher & Banks.

Freda and her husband loved to travel. They celebrated their 40th anniversary with a trip to Scandinavia and joined their son and daughter-in-law on a journey to Machu Picchu. Freda was active in UMD’s University for Seniors, both as a student and a teacher, where she taught a popular course on Norse Vikings. She loved photography and was especially devoted to her golden retrievers and English setter. Freda will always be remembered as a wonderful wife, mom, grandma, friend, and colleague. Her laughter was contagious, her smile constant, and her heart kind.

Freda was a proud survivor of her initial cancer diagnosis in 2001. Her hard-fought battle and subsequent remission resulted in 17 cancer-free years, during which many milestones, experiences, and small moments spent with loved ones were made possible. For this reason, she will always be remembered as a survivor.

Visitation: 5-7 p.m. Wednesday, June 30, resuming 10 a.m. until the 11 a.m. memorial service, led by the Rev. Bruce Johnson, Thursday, July 1, all at Nelson Funeral Care in Cloquet. A luncheon will follow in the Fellowship Room. To leave an online condolence for the family, visit http://www.nelsonfuneralcare.net.