Harry's Gang: Postal service can maintain relevance with some tweaks 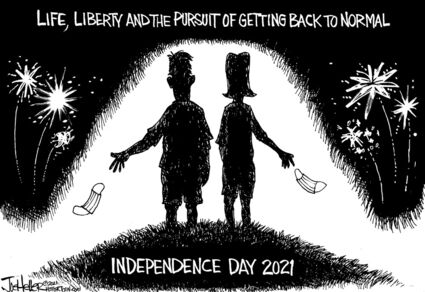 Like any good organization, it's important for the U.S. Postal Service to keep up with modern times. It's the only way it can survive.

Some of my more crazy ideas to save the USPS won't work in this political climate. Or in any sane climate. I've suggested the USPS act as a kind of national bank, issuing credit cards and handling more financial transactions. It already sells money orders, so that's not too much of a stretch. I've also suggested it sell cellphones and provide internet service. Crazy.

But I do have some good ideas, I think, to make the USPS run smoothly and, more importantly, profitably.

Now, the first thing some people will tell me is that the postal service's biggest problem is that a few years ago it was mandated to self-fund future retirement obligations. This means that the USPS is obligated to raise enough cash now to cover employees' retirements in the future. We can argue about that all day long, but Congress shows no sign of backing down. So, I say we consider other ideas.

Did you know that the Postmaster General's plan to reduce costs and overhead is to keep daily delivery but push back on-time goals to give them more time to deliver? It will delay the mail, making it less relevant in our lives. That's the wrong approach. Here's what we should do:

First, we need to admit that most people, households especially, don't need daily delivery. I see my poor mail carrier struggle up my long sidewalk every day, only to deposit one advertising flyer in my box. I could have waited until tomorrow to get that. Those who depend on the mail for medicine, for example, and other important deliveries should realize if we don't fix the postal service soon, such shipments won't arrive for three, four or even five days anyway. I think it's better to know the postal service will deliver a package in three days rather than just hope we get it in two days. The post office has had a pretty good record of delivering next-day letters for years, so we know it's possible. High-density areas could keep daily delivery, while medium-density areas like ours could have delivery every other day; and some very rural areas (e.g., people living farther than 30 miles from a post office) would get delivery only every three days, or possibly once a week. If there is too much backlash to the loss of daily delivery, I suggest the USPS offer more post office boxes and require most people to pick up their mail. That way, we can still get mail every day. And maybe if the mail isn't picked up within a few days, the USPS delivers it a couple of times a week. That way, you can pick up your mail every day, or wait for them to bring it to you.

Second, I think the USPS should be able to negotiate better deals with Amazon, FedEx, and other carriers. Right now, the USPS delivers quite a few of their packages the "last mile," as it's known in the business. This means that private carriers drop off packages for the USPS to deliver. It's a good deal for the private companies, and I think the USPS should get compensated better for those deliveries.

Lastly, I think the USPS should focus on businesses, ensuring business-to-business deliveries are prompt and frequent. It's no secret that most of its revenue comes from businesses, including direct mail advertising. If such a revenue stream is preserved, it will stabilize the USPS for the rest of us who rely on it for mail to our homes.

Under my plan, we don't need to reduce staffing, and the number of employees will naturally shrink as people retire, move on, etc. That shrinkage will follow the decrease of mail volume, which is happening anyway.

Some of my suggested changes will be painful. But I think it's necessary to keep this vital service operating for the long term. By making some tough decisions, I think it will.