Of course it went in, he called this hole-in-one 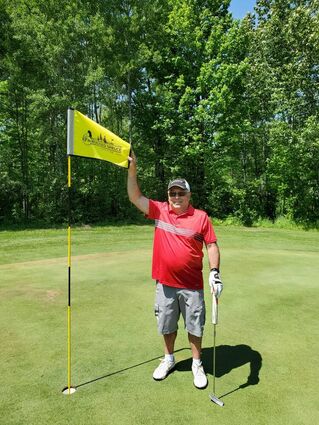 Cloquet's Kim Meisner scored his first hole-in-one at the Rugged Spruce on June 9.

Cloquet's Kim Meisner hit a hole-in-one at the Rugged Spruce golf course in Mahtowa on June 9. Meisner used a six-iron on the 134-yard No. 6. "I called it," Meisner said, adding that it's something he says. "Here comes my first hole-in-one" is what he shouts when feeling optimistic on a par 3, and he did it on that hole. "It's been 50 years in the making," Meisner said.

His dad and two of his brothers already have hole-in-one boasting rights. Meisner's accomplishment was witnessed by Holly Meisner and Keith and Roxy Oswald. It is the first hole-in-one under the new owners, Jim and Colleen Myhre. Check out the video on the Pine Knot News Facebook page. 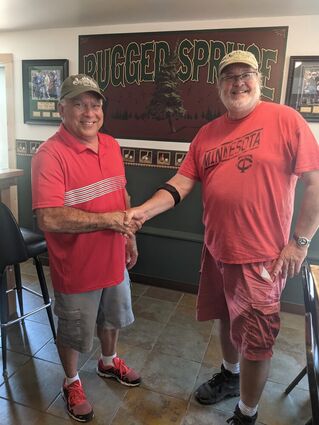