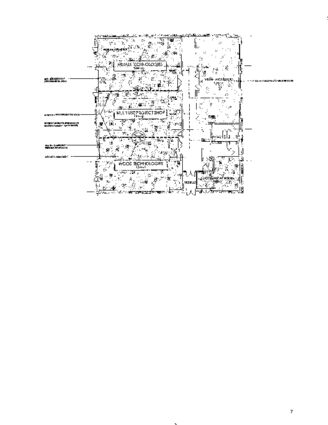 The Wrenshall school district is moving ahead with plans to update a moldering building on its campus into a space for industrial and technology classrooms. The school board approved a plan Monday that requires $3.1 million to shore up the former rec building, money that would likely come from a non-voter-approved levy. This is adding to the $9.3 million nonvoter-approved levy the board passed in early 2020 to cover projects that are now being completed at the school.

The district is allowed to ask for the money without a referendum because the building fixes deal with health and safety issues, notably indoor air quality. The $9.3 million covered extensive work in the oldest part of the building and improved classroom and office space as part of the air quality work. Ongoing work this summer includes transforming the pool space into education space and shoring up the gymnasium.

Part of the $3.1 million in new levies for the rec building - officially called Phase 3 of the total work being done - will cover some cost overruns in Phase 2.

The rec building is in rough shape. There are holes in the exterior which have caused extensive water damage, leading to mold and animal infestations. The project will, in essence, shore up the shell of the building and its mechanics. The district will install classrooms over time, superintendent Kim Belcastro said.

The $12.4 million being used for the improvements is edging close to the amount the district requested in a failed levy referendum in May of 2019. It was the third failed levy in three years. The last one, asking for $14.4 million, failed on a 513-to-418 vote.

"There's no way to get a levy through," Belcastro said. State law allows districts to bond for money without voter approval as it deals with health and safety items. It would cost more than the $3.1 million to build new, Belcastro said, and that would require a levy referendum process.

The rec building project plan, which Belcastro says was recommended by the Minnesota Department of Education in order to grow the school's tech programs, awaits final approval from the state after Monday's board go-ahead.

The district purchased the rec building in 1993 for use as a football locker room and wrestling practice area, along with storage. It was later converted into temporary classrooms and as an extra gym space and was used extensively, Belcastro said. Under renovation plans made during the now-defunct consolidation effort with the Carlton school district, the building was slated for demolition. With a new gymnasium under the consolidation plan, the current gym would have been converted into tech space.

Belcastro reported that enrollment has held steady at about 370 students. She said the latest trend shows more families moving into the district and enrolling children. She also said there is some "buzz" going on regarding the fate of the Carlton district, which voted last month to stop the consolidation process. It faces the prospect of not offering classes for students in grades 9-12.

In its last two meetings, board members have dealt with questions regarding the latest political football being kicked around, critical race theory. In short, no such thing exists in Wrenshall or any other school in the state and country. Board chairwoman Michelle Blanchard reiterated that point Monday, saying the board put its "stamp" on the issue at the last meeting when member Jack Eudy brought it up.

"It's a non-issue in schools," Blanchard said. "It's not a program, standard, or in any curriculum."

The theory is an advanced construct used in some advanced college courses regarding how race plays a part in how people are represented under law.

In politics, the term is being used to define a broad range of topics some people find uncomfortable, many of them being rather basic teachings of facts regarding U.S. history. Some school districts in the country have faced severe pressure in coordinated efforts to discredit the teaching of any history deemed to be criticizing actions taken by white people. Those interpretations have been bathed in the politics of the day.

"None of us are versed in CRT, so why are we even talking about it," Blanchard asked.

The board will likely bring the issue up again at its next regular meeting, officially voting that CRT is not taught in any classroom at the school. It is something Eudy felt should be made official by the board.

Belcastro said the topic has been frustrating because of the "not letting it go" from some people in the community.

"This isn't taught here," she said.