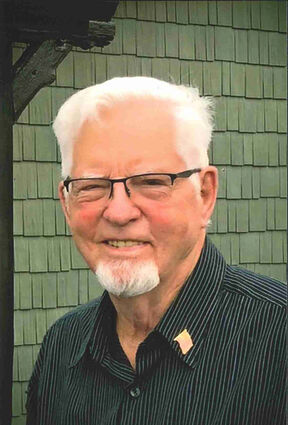 Donald Arnold Seabury, 87, of Cloquet passed away July 9, 2021, at St. Luke's hospital. He was born to Walter and Elsie (Haderly) Seabury on Aug. 27, 1933, in Mellen, Wisconsin. Don married Marian Johnson on Aug. 31, 1957 in Cloquet. He was a lifetime member of the VFW, American Legion, and the Bricklayers union. Don was a bricklayer by trade and the owner-operator of his own company for many years. Don and Marian wintered in Mesa, Arizona, and were members of the Cloquet Country Club and enjoyed golfing most days if the weather permitted. He enjoyed spending time with his family and grandkids and flying his Cessna airplane in his spare time. Don will be remembered for his hard work ethic, his straightforward approach in life and his great sense of humor.

Visitation: 10 a.m. until the 11 a.m. memorial service Friday, July 16 in Our Redeemer Lutheran Church in Cloquet. Military Honors accorded by the Cloquet Combined Honor Guard. Inurnment will be in the Minnesota State Veterans Cemetery-Duluth. To view the guestbook, visit http://www.nelson funeralcare.net.