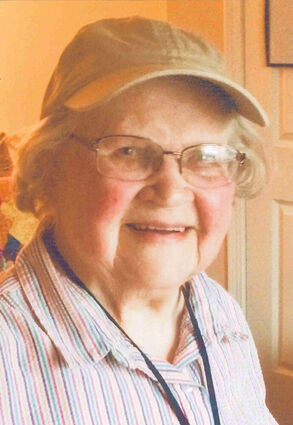 Dorothy was a loving sister to her brother Warren, and she had two other siblings, Arlene and Jimmy, who both passed away in infancy. She grew up in Esko, where she enjoyed many nights of bowling and roller skating with friends. Dorothy graduated from Lincoln High School in 1943. She moved to Renton, Washington, where she worked for the Boeing aircraft company producing the B-29 during World War II. Dorothy was extremely proud of the work she did there and had many interesting stories to tell about that time in her life. After moving back to Cloquet in 1945, Dorothy married Edward Mettner, and together they shared a life for 54 years. They welcomed a son, Tom, in 1946, and Dorothy became a devoted wife and mother. In her younger years Dorothy enjoyed upholstery work, homemaking, oil painting, and spending time at the lake with family. When her grandsons, Dwayne and Andrew, were born she shared many wonderful memories with them and was a doting grandmother. In her later years, Dorothy enjoyed reading and antiques. She was also extremely proud of her Finnish heritage, and she found great joy in sharing that with her grandchildren.

Dorothy was preceded in death by her parents; husband, Edward; and three siblings. She is survived by her son, Tom (Linda) Mettner; grandsons, Dwayne (Katie) Mettner and Andrew (Kisber) Mettner; and great-grandchildren, Emily, Edward, and Elias Mettner.

A private family service and burial will be held. Dorothy's family would like to thank the health care providers at Barnes Care and St. Croix Hospice for the wonderful care they gave Dorothy. Memorials may be made to Zion Lutheran Church in Cloquet, where Dorothy was a lifelong member. To leave an online condolence for the family, visit http://www.nelsonfuneralcare.net.