Nonprofit expands its 'REACH' in a big way 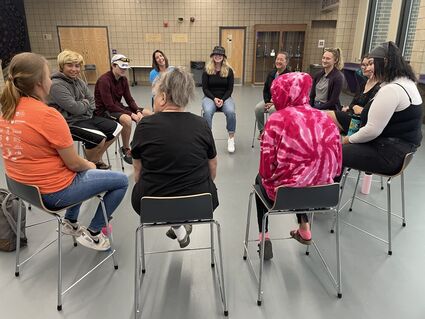 Since Dakota Koski went from being a volunteer mentor as a high school sophomore to being executive director of REACH 10 years ago, the local nonprofit organization has been evolving.

Over that time REACH — an acronym for Recreational Experiences Achieving Community Harmony — has gone from primarily a mentoring program to one that still works with youth, but takes a much more comprehensive approach to helping them tackle the various challenges of being young in today’s world, from homework to homelessness, addiction to outdoors classes. At the same time the nonprofit went from one full-time employee and a part-time bookkeeper to three full-time and two part-time employees.

This summer, however, that evolution went into hyperdrive. A partnership with Carlton County led to the addition of nine emergency response initiative AmeriCorps members working for REACH, who helped with summer school and summer activities programs.

Add to that a five-year $920,000 grant from the Minnesota Department of Human Services that started July 1 and REACH will be reaching even more young people soon.

The grant money is specifically targeted at measures to reduce drug and alcohol use through positive community norms.

“The goal is to prevent, reduce and redirect young people from substance use by trying to come up with positive activities, positive people, ways to spend their time other than using, which can be vaping, smoking pot, drinking, other serious drugs,” Koski said.

It’s not a new idea for REACH, more an expansion of an existing focus that had grown naturally from its mentoring and activities programs.

“Our after school programs, and especially when we developed the SOS (Students Offering Support) groups, already aim to give kids other positive things to do other than getting into trouble, using substances, pulling them out of maybe turbulent living situations,” Koski said.

Normally easy going, Koski doesn’t like it when people tell him: ‘oh, you work with those kids?’

“I don’t work with those kids, I work with any kid in Carlton County, or who goes to school here, between the ages of 10 and 21,” he said, rattling off a list of activities and programs they offer.

“We’ve got leadership programs, we’ve got volunteer and advocacy groups. We’ve got Sports Club, we’ve got Dungeons and Dragons, we’ve got ‘style club’ where they go to the thrift store with $5 or less and a theme,” he said.

This summer they had a tennis club that met weekly with AmeriCorps worker Adam Blesener, a recent Cloquet grad who played on the CEC tennis team. They also had professional dog training classes. “The parallels are interesting between raising dogs and teenagers,” Koski mused. “Boundaries are important and so is consistency. If a dog knows what it’s supposed to be doing, its anxiety levels are low. Being in a turbulent situation can make it dangerous for both the dog and people.”

In July, REACH partnered with the county and CAAEP to run an academic recovery program for kids, which offered two elective classes each week — 35 hours total -- which would give the kids a quarter credit toward graduation. Those classes included art, life skills, dog training, agricultural science, music and robotics, ecology and more.

REACH is not faith based, although the nonprofit is not opposed to organized religion and meets often at Common Ground coffee shop in Cloquet.

Koski said REACH has gotten almost entirely away from 1:1 mentoring.

“Oversight of one-on-one mentoring is very intense,” he said. “Especially with the way the world is going now, our mentoring is community based. We still go through extensive background checks and interviews and screening. Honestly, mentoring programs can be a target for people with ill intentions. We want to make sure we screen out anyone who might be trying to take advantage of our kids.”

It was also difficult to find mentors who could find time to meet with kids very often. So instead, REACH directed its resources toward expanded activities and programming.

“This way, with all our clubs we can see a kid every single day of the week almost,” Koski said. “And they can come to as many or as few activities as they want.”

The name is not official yet, and the “positive norms” grant is just beginning. Step one is hiring a full-time coordinator just for the new grant.

The grant coordinator will work at Carlton High School during the day, but there will be programs available for other school districts outside of school. Students will be part of choosing the coordinator and deciding how to spend the money, Koski said. “Any decision that is going to be affecting young people should have input from young people,” he said. “This grant allows youth to be part of the decision making.”

Once hired — applications closed Wednesday — that person will be a big part of planning how REACH will tackle drug and alcohol use and prevention.

Anecdotally, Koski said vaping is a big problem, because it’s much easier to conceal than cigarettes, yet it’s still highly addictive.

According to the 2019 MN student survey, which surveyed students in eighth, ninth and 11th grades, the highest number of regular users of vaping devices were high school juniors, with 7-8 percent of boys and girls reporting they had vaped every day for the past month. Ninth graders used less frequently, but 10-12 percent reported vaping one or two times over the past 30 days.

Between 77 and 76 percent of juniors said they had not had any alcoholic beverages over the previous 30 days, versus 85-87 percent of freshmen and 90-91 percent of eighth graders.

Koski is hoping five years will be enough. 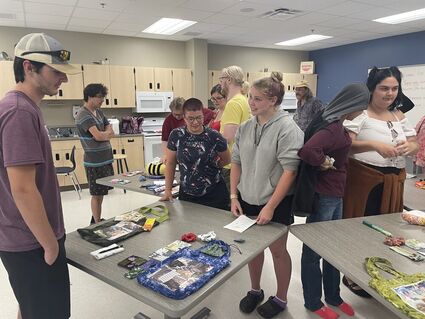 “We want to focus on the positive and educate about norms and have that turn into lasting behavior change,” he said. “So when the grant runs out, we hope there’s been enough underlying systems change — whether it’s in the school, community, or programs like ours. We want to bring sustainable behavior change in our community.”

Want to volunteer or participate in REACH activities? Call 218-451-0183 or 218-499-4293, stop by the office at 1001 Stanley Avenue (by Walmart) in Cloquet or visit http://www.reachmentoringprogram.com. The website has a PDF calendar, along with an interactive calendar providing more details about each activity.