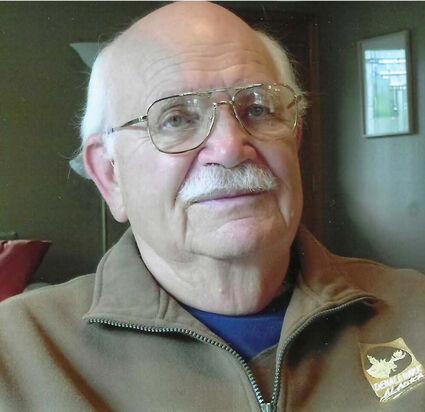 Grant Leon Grider passed away peacefully in his sleep the early morning of July 8, 2021, at home, with his wife of 49 years, Barbara, at his side. He had courageously battled cancer for more than two years, and was under hospice care his last 10 days.

Grant was born March 4, 1943, in St. Paul to Earl and Emily Grider, the second of their two sons. In 1950 the family moved to a small dairy farm in Floodwood and in 1958 to the Proctor area where they worked for Jeno Paulucci. Grant was a fishing guide for Paulucci’s guests at his Nokomis lodge at Lake Kabetogama in what is now Voyageurs National Park. He played trombone in the Floodwood school band and was in Proctor’s marching band, going to the Orange Bowl and Portland’s Rose Parade.

He married Pam Reed of Cloquet in 1964 and had a son, Michael, and daughter, Jacqueline. For a number of years he worked at the Peavey grain elevators in Duluth. In 1972 Grant married Barbara Aho of Cloquet, and they moved to the Portland, Oregon area where his parents were living. He completed an associate of arts degree in consumer electronics at Mt. Hood Community College in Gresham and worked at three different electronics shops until retiring in 1998.

During these years Grant enjoyed being outdoors, camping, fishing, canoeing, biking and cross­ country skiing. He also enjoyed being at the Oregon coast, where they always had small travel trailers to use on trips around Oregon, Washington, and Canada.

In 2000 he and Barbara sold their home in Troutdale, Oregon and became full-time RVers in their fifth-wheel for nine years, visiting 47 states and most of Canada. They also traveled to more than 20 countries, their favorites being China and Tibet, Australia, and Ireland. They settled in Fairview, Oregon in 2009 and became snowbirds, spending winter months in Arizona, and some summers at Barbara’s family farm in Cloquet.

Favorite places in Arizona were Bureau of Land Management land near Yuma and the Colorado River, where they would boondock for a few months at a time, and the Escapees Co-op RV park in Benson, near Tucson, where they were members and had a beautiful lot, and Grant would settle in with a group of wood-carving friends for three months.

A favorite hobby was woodcarving, and more than 20 friends received diamond willow walking sticks from him. He was also a fan of Sudoku, becoming very proficient at solving the puzzles. When he was 21 he chose to be baptized in the Zion Lutheran Church in Cloquet. He was a member of Smith Memorial Presbyterian Church in Fairview and served as an elder for several years.

Grant was preceded in death by his parents, Earl and Emily; half-brother, George; half-sister, Lois; and brother, Wesley. He is survived by his wife, Barbara; son, Michael (Claudia), of Lancaster, California; daughter, Jacki (Robin) Horner, of Carlton; grandchildren, Samuel Grant and Sasha, of Lancaster and Lucian (Asura), of Duluth; two great-grandchildren, Atlas and Persephone, of Duluth; many nieces and nephews in North Carolina, Wisconsin, South Dakota, and Minnesota; and many cousins.

His cremated remains will be interred in the Grider family plot in Hillcrest cemetery in Cloquet at a later date, with a graveside gathering to be planned.