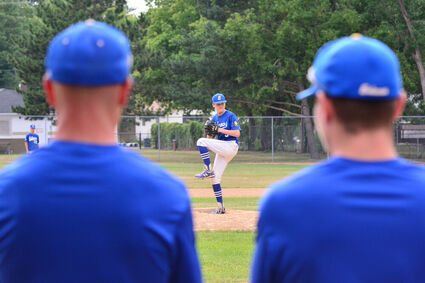 Esko opened play Tuesday, July 27, in Ely with a 6-3 victory over Taconite. Leading the offensive charge for Esko were Sam Haugen and Ty Christensen, who had three and two hits respectively.

"Those two guys carried our offense," said Esko coach Jordan Balow. "The pair also added a total of four runs batted in for us."