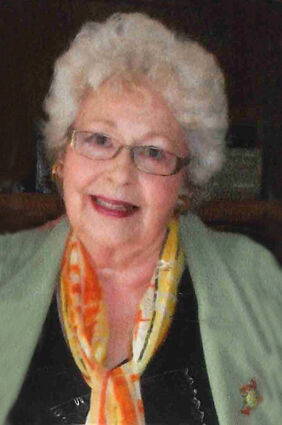 She was born Jan. 18, 1934, the daughter of William and Elizabeth (Jantzen) in Superior. Betty graduated from Superior Central High School in 1952. She continued her education at the University of Wisconsin Superior and Concordia College, attaining a bachelor of science degree and then a master's degree from the University of Minnesota Duluth in 1987. Betty taught elementary school in Manitowoc, Wisconsin; was a librarian at Morgan Park High School; and then worked for the Esko school district as an elementary librarian until retiring in 1996.

Betty married Richard Lidberg in 1956, and together they raised four daughters, who were named after characters from the book "Little Women." They had 59 wonderful years together until Dick's passing in 2015.

Betty was a member of Zion Lutheran Church and was involved in her church groups. She enjoyed gardening, reading tons of books, crossword puzzles, decorating, and her cat, Carlos. She enjoyed looking well-dressed and hunting down designer clothes at bargain prices.