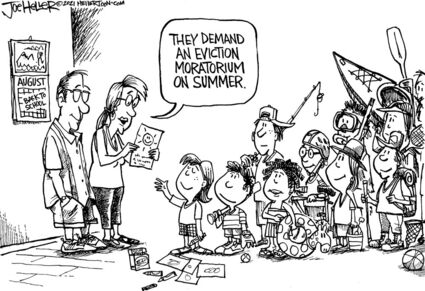 Those loud train whistles that blare all night long are not really necessary and should be stopped. There's simply no reason why the trains have to wake up half the town in the middle of the night to tell us they are coming through. I'm sleeping. I don't need to know. Hardly anyone is on the road. They have better ways to know they should stop when a train is coming.

Train whistles are a relic of the old days when cars routinely crashed into moving trains. It's no secret that trains, once moving, cannot stop on a dime and will plow through anything in its path. Worse, a train crash might cause a derailment. Have you ever tried to tip over a locomotive? Neither have I, but I bet it's pretty difficult. It takes a lot of work to right a wronged train, so avoiding crashes is pretty high on the list of a train engineer's job. But I don't think blasting their whistles at every crossing along the river in Cloquet really prevents any crashes.

A few years ago, I approached the Cloquet City Council about the issue. I had recently moved back into the city from Esko and noticed how disruptive and loud the train whistles are at the multiple crossings along the river. In rural Esko, horns blare at crossings because very few have automatic crossing gate arms, so I can understand why the whistles must blow. But in the city, they blow when they come to every street crossing, to warn motorists of the danger. So, logically, one way to lessen the noise is to reduce the number of street crossings. This is exactly what the city council did, through its planning commission. There was a crossing on Arch Street near USG that simply wasn't used, yet because it was technically a crossing, the train was obligated to blow. So, the city blocked off that street.

Soon after that, flashing cross arms were installed on Broadway, a well-used crossing that hosts all those trucks going in and out of Upper Lakes Foods as well as many trucks going to USG and Sappi. Residents also use Broadway a lot to get to the parks on Dunlap Island. But residents don't go to the parks at night, between 10 p.m. and 6 a.m., and the truck drivers who cross at those late hours are professional drivers who don't need to rely on a horn to tell them a train is coming. There's no need for trains to blow their horns all night long at that intersection, especially with the lights and crossing arms.

Federal regulations allow urban areas to apply for quiet zones where, in exchange for changes to the crossings (such as abandoning some and adding gate arms to others), the trains will no longer sound their whistles.

It should happen in Cloquet. There's no need for trains to blow on the west end of town. On the other side of Highway 33, a few adjustments could be made to limit the number of streets that cross the tracks to access the industrial area along the river. We should keep Eighth Street open for the Upper Lakes Foods trucks, so that crossing should get crossing arms. Continuing along Avenue B, we should close the 10th Street crossing between 10 p.m. and 6 a.m. with a simple cross arm that's on a timer, which is much, much cheaper than the expensive train-activated sensors. Just those changes alone will keep most of the town quiet overnight.

Sappi already has crossing arms at its crossing. Finally, closing the crossing on Jefferson Street, behind the Rendezvous bar, would complete the project and our whole town will be free from annoying whistles all night long.

Loud whistles screaming "get out of my way" are not as effective as cross arms, which not only prevent cars from entering a train's path, they also have red flashing lights to warn motorists, and are equipped with a bell as an additional warning. The trains have a bright headlight and flashing lights which make them easier to see, especially at night. By limiting the number of crossings, and installing cross arms at other intersections, we can all sleep better at night.