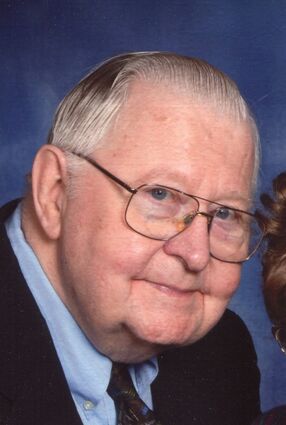 John graduated from the University of Minnesota in 1957 with an advanced degree in chemical engineering. He worked as a manager of quality control at the Wood Conversion, later the Conwed and then the USG, plant in Cloquet. He retired in 1992.

John enjoyed the outdoors, fishing, and deer hunting. Time with family was very important to him.

He was preceded in death by his wife, Betty, and brother, Jim.

His smiling face and easy-going nature will be sadly missed by family and friends.

The family would like to thank Inter-Faith Care Center staff for their kindness and compassion.

Visitation: 5-7 p.m. Monday, Aug. 23 at Atkins Northland Funeral Home in Cloquet. Visitation will continue Aug. 24 at 10 a.m. until the 11 a.m. funeral service at Our Savior's Lutheran Church in Cloquet. Masks will be required.

Military honors will be accorded by the Cloquet Combined Honor Guard. A time of lunch and fellowship will follow in the fellowship hall at the church. Burial will be in Maple Grove Cemetery in Cloquet. Arrangements entrusted to Atkins Northland Funeral Home. To see the guestbook and leave an online tribute, visit http://www.atkins northlandfuneralhome.com.