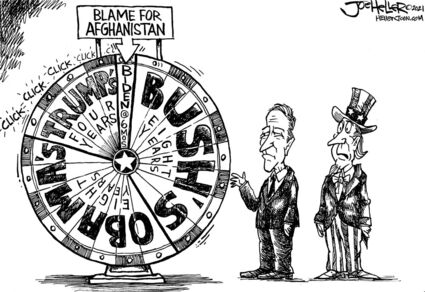 Jana Peterson, editor of the Pine Knot News, asked me to cover the opening and closing of a salacious criminal trial in Carlton last week; you can see that story in today's paper. I assume Jana assigned me this task because the story is newsworthy; I have some criminal law experience; and she is very, very busy. It was a fascinating look at our criminal justice system in action.

Several things jumped out at me. It struck me that our system truly protects the rights of both the accused and the alleged victim. I heard the phrases "innocent until proven guilty" and "beyond a reasonable doubt" many times, and both phrases were explained clearly and in detail. I also noticed how many resources were used to investigate the victim's allegations and how much the system supported her in all kinds of ways. The police and sheriff's departments, for example, have investigators who track down witnesses and evidence, even if they have to travel out of town to do so. And services such as First Witness, a nonprofit that assists abused children, are well-respected by the courts for the credible work they do in these types of cases.

Many people have knee-jerk reactions to allegations of crime. Just look at any Facebook comments on crime stories to see how many people instantly decide whether an accused is guilty, or if an accuser was "making it up." Usually, these people are making comments with nothing more than a glance at the headline. If you see a headline that says, "Man charged with raping teenager" who is going to immediately go to the accused's rescue and say, "He's probably innocent"? It's more likely to see comments like "Throw him in jail and throw away the key." Some comments are even worse. Who's going to spend the time and energy to get to the bottom of all the details before punishment is meted out?

The criminal justice system does, that's who. It's nice knowing that law enforcement takes every allegation seriously enough to investigate. That's a good use of our tax dollars. If you report a crime to law enforcement, they investigate it. And they withstand a lot of criticism while doing it, too. Sometimes they may not move fast enough to satisfy a complainant, who may feel the police are their own personal revenge squad, rather than the enforcer of laws that they are. And too often they are criticized for not investigating thoroughly enough, as if they have some kind of crystal ball that they bring out only when they feel like it. Here's a small example: if you call to complain about a motorist running a stop sign in your neighborhood, and complain that the police won't do anything about it, get real. Do you expect the cops to station a squad car at that intersection for days in order to catch the deviant? Believe it or not, some people do expect that. Despite the criticism, I've found that law enforcement does a pretty impressive job of investigating crimes.

I also noticed how easy it is to seriously affect a person's life by making an accusation. In this case, the accused was arrested in January and has been held in jail ever since. But he was acquitted of the charges in last week's trial, which means he spent eight months in jail only to be found not guilty. Sure, he had the option of getting bailed out, but who can afford that? It's hard for some of us to have sympathy for a guy who was accused of such a shameful crime, and a "not guilty" verdict is not exactly an exoneration. But we all know his name, and his friends and acquaintances will certainly remember the accusations, which will follow him around for a long time. We printed his name in the newspaper. If he came to me to apply for a job, I'd probably be skittish about hiring him. So may you, even though he was acquitted.

And the victim? In this case, whether the girl was sexually assaulted or not, she has been put through an ordeal of significant proportions. The trauma of testifying, of being cross-examined by a skilled defense attorney, and of having people force you to relive a negative experience is more that I'd be able to handle. If she made it up, she is carrying a burden far greater than any wild accusation. And what if it really did happen? Only she knows the truth. If the accused simply "got away with it," imagine the long-lasting trauma that girl must be living through.

But as uncomfortable as it was to observe this trial, I left thinking we are lucky to live in a country where the justice system works as it's supposed to. Sure, there is probably room for improvement. But from my experience, I feel safe knowing that if I'm ever accused of a crime, the system will work the way it's supposed to.