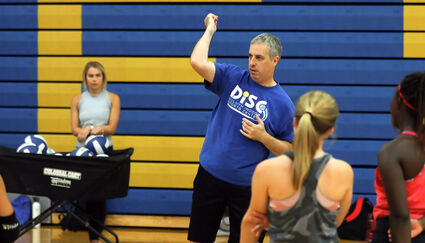 The more the Covid-19 pandemic lingers, the more questions pop up about how high schools sports seasons will be run this fall.

Last week, activities directors across Minnesota hoped for guidance from the Minnesota State High School League as the fall seasons kicked off Monday with the official practices for football, cross country, volleyball, soccer, girls swimming, and girls tennis. Unfortunately, the directors didn't get much more information than they already had.

"I was not surprised with the meeting," said Cloquet athletic director Paul Riess. "After how things progressed last year, I think the MSHSL wants activities to happen as normal as possible."

The pandemic hit full-force during the middle of the 2020 state girls basketball tournament as all sports were shut down, including the spring seasons. Sports returned for the 2020-2021 school year, with very limited numbers of spectators allowed and masks required for most indoor sports when practical. This year, masks will still be part of the landscape, but in a different way.

"The MSHSL has sent out many general and sports-specific recommendations, but no requirements," said Willow River director Dave Louzek. "The only actual requirement is from the Center for Disease Control, and that is everyone must wear a mask on buses." That's a federal mandate required for any mode of mass transit.

Communications with area activities directors revealed that Carlton County schools will likely face a different scenarios, depending on a number of variables.

Esko is sitting in a pretty good position due to high vaccination rates in that community.

"We have 80-percent vaccination in our school for students 16 and older and the faculty," said Esko director Chad Stoskopf. "We are in a good place. While I personally support the idea of getting vaccinated, we certainly understand that it is not for everyone and we respect whatever choice people make."

Most local coaches agree that fall sports season will not be a full "return to normal," but it shouldn't be as disjointed as the late start last year with limited playoffs and no state tournaments.

"I think most of this year will be kind of a hybrid-type year between a normal year and last year," said Barnum director Dave Duesler. "We will still have our separation from the players and spectators, and teams will try to stay in their individual pods as much as possible without the crossover between pods."

"Right now it appears things will start more normal than last fall, but layered with mitigation recommendations in place," Schmitz said. "Many of the strategies will focus on limiting contact when not involved in play."

Schools aren't required to follow any of the MSHSL recommendations with the exception of wearing masks on buses.

For Wrenshall, Zywicki says things are back to normal for their athletic programs, for now.

Some of the decisions on following recommendations will be made by local school boards. Some of those decisions, particularly on how many fans will be allowed in stands and in gymnasiums this fall, will be made in the next few weeks as school boards and administrators meet before the opening of the school year. 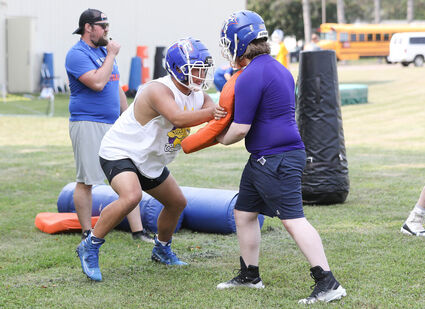 "Our administration will be making the decision next week," said Moose Lake director Beckie Jackson. "My fingers are crossed that we'll have some normalcy. I don't think this year could get any worse than last year. As a newer AD, I struggled to keep up with everything last year. I am really, really, really hoping that schedules can stay as they are and we don't have to have the craziness with fan totals. It got to be overwhelming."

Changes this season should be easier to follow as schools post any new mandates or changes on their websites and on social media pages associated with the school.

While things do appear to be on a more normal track this season, there could be a couple of unforeseen problems, said Barnum's Duesler.

"I do think one of the bigger concerns we are going to face this year, and something that is going to cause some changes to normal, is the shortage of officials and bus drivers," Duesler said. "If that happens, it is going to cause the times and days to change because there won't be officials available or a way to transport kids to the games."