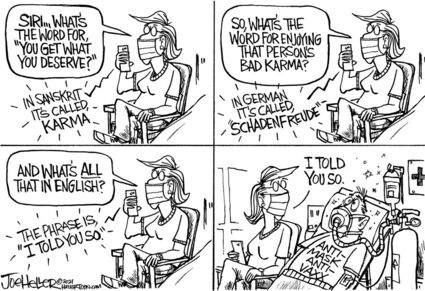 Yard parties are a pretty good way to get to know your neighbors - sort of a National Night Out, but on our own terms and conditions. So, we held a big yard party last week.

It was all Kathy Lund's idea. She realized that several new families had moved into our Cloquet neighborhood the past couple of years and we had never all come together to get acquainted. Picking a date that worked for everyone was the hardest part. We finally decided on last Wednesday and, if someone couldn't make it, we'd bring them leftovers.

Kathy is brilliant. She had the idea and cleverly assigned tasks to everyone. Terry and Vicki Anderson have a woodfired pizza oven in their backyard, so they were tasked with cooking the food. Some neighbors brought salads and beverages. Kathy asked me, with all my pizza experience, to make the pizzas. She had a plan: We'd start in her yard for introductions, go tour the gardens at the Anderson and the Rosen (who bought the Potlatch house from the Birmans) homes, then come to our house to assemble pizzas. After cooking them in the outdoor oven, we'd return to our yard, which is spacious enough for everyone.

The story might be more interesting if something went terribly wrong, like everyone got stung by wasps touring the gardens, hated my pizza or a big fight broke out. But it was perfect. Everything went off without a hitch.

The party had its intended effect. It turns out the new guy at the end of the block had a career in radio, just like I did, so it was fascinating to chat with him about his experiences. One of the new neighbors turned out to be a good friend of my sister Stacy, so we already had a connection. I learned that Terry Anderson is an outdoor oven culinary expert, specializing in pizza. Neil Nemmers served on the Cloquet City Council for years and answered several of my questions about Cloquet's recent past. Nearly everyone else (except Andy French, [snark]) was just as interesting. It was fun getting to know everyone.

And the kids. They swarmed around each other, and us, and seemed perfectly at home in each home we visited. The older ones started a game and the younger ones pestered them, as usual. Ellie made friends with the radio guy's daughter and they have been visiting each other several times since the party.

There are 14-year-old twins who both have jobs, very impressive. One likes to cook, and asked for some extra pizza dough to bring home and experiment with. Her brother claimed to be introverted and shy - the exact opposite of his sister - but with the tiniest amount of prodding, he opened up easily.

All the kids ended up crowded around one big table, mingling with each other - just like you're supposed to at a party - and getting to know each other as neighborhood kids are supposed to.

But the real magic was the sense of community that came as a result of the party. My brother Bill liked to explain Bible stories in ordinary terms, and he once told me that the miracle of the loaves and fishes was not that Jesus magically produced food out of thin air. No, he said, the miracle was how this large group of people, mostly strangers to each other, were so overcome with a sense of community that everyone pitched in what they had so that everyone would have enough. That's kind of what happened last week. Everyone contributed in some way, and everyone helped to clean up.

The next day, one of the neighbors returned some dishes, washed and stacked nicely in our kitchen. Another stopped by to pick up the cloth napkins Vicki Anderson insisted we use. Andy French sent his girls down to pick up a few extra chairs they had left here the night before. We still have two camp chairs in our garage. We don't know who they belong to.

I'm not sure how often we'll have a party this big, but I know it's nice to drive through the neighborhood and know the names of the people I've been nodding and waving at for so long. It's great to have their children knock on our door looking for my kids. It's all what makes for a good neighborhood.