The fall sports season kicked off in earnest last Thursday morning when a total of 10 local boys and girls cross country teams got together for an informal kickoff meet at Chub Lake in Carlton.

"Esko, Cloquet, Moose Lake/Willow River/Barnum, Carlton, Wrenshall, Proctor, Cloquet, Hermantown, Cromwell, and McGregor were all at the meet," said Esko coach Jerimy Hallsten who hosted the event. "Each coach hand-timed their own kids in the event."

While the day was beautiful in terms of temperature and weather, there were still issues that helped to complicate the event for the runners.

"Conditions were fair and the temperatures were good, but with the wind coming out of the northeast, we had to deal with the smog and smoke from the Lake County forest fires," said Hallsten. "Luckily, we were able to run the races and get teams in and out quickly so as to reduce their exposure to the less-than-ideal conditions."

The Chub Lake event was started years ago and is essentially a way to get runners back onto the course as well as to prepare for a race without the pressure of a race. It's a fun race for runners and spectators, with boys and girls running at the same time for each race level.

"Simple things like what colored flags mean are part of kids figuring out what to do without the pressure of being timed," Hallsten said. "It also gives the runners a chance to see what it is like running against others and just getting the feel of a real race."

Despite the race being a practice-type of event, it still was important for coaches and kids alike.

"Chub Lake is a scrimmage meet, a good chance for kids to knock the rust off and compete against other schools," said Moose Lake/Willow River/Barnum coach Adam Whelan. "It is a great experience for them."

The combined trio of schools in southern Carlton County and Northern Pine County should make for a formidable team come sections this season.

"My top returning runners are Shawn Bailey, Murray Salzer, Gavin Thiry and Joseph Mikrot for boys," said Whelan. "For the girls, my top returners are Rayna Klejeski, Shannon Granquist and Brooklyn Wasche. Amelia Olson is out for the first time this year, but ran well in track."

While results were informal, Cloquet's Miles Fisher was first in the boys race with Cromwell-Wright's Noah Foster taking second.

"We were missing a few returning runners on Thursday including Charlotte Ripp, Mary Kayser, Alexa Shepherd and Brody Anderson due to vacations and injuries," said Cloquet coach Chandra Allen. "Chub Lake is always a great experience and a good first race to get the cobwebs out. All of our kids did a good job in the races."

Cromwell-Wright coach Pete Koenig echoed the sentiments of Allen about finally getting out and having a race.

"Chub Lake was just a great day to get out and compete," Koenig said. "For us, we just wanted to race and see where everyone is at. We had a good showing and are now ready to focus our workouts and get stronger."

Koenig had to be particularly happy with his team, including the runs of Foster on the boys side and Olesiak on the girls side for the Cards. 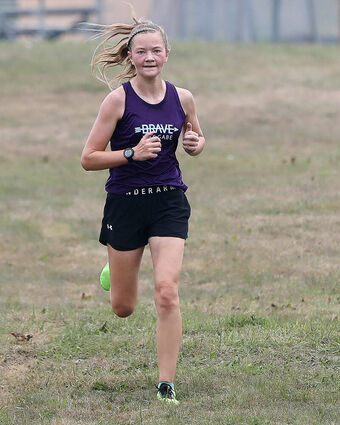 "Summer has been a challenge, but Noah has put in a fantastic summer of training after taking some time off after a great state track meet, where he took eighth in the 2-mile run," Koenig said. "He has put in over 200 miles to prepare for this season. Other runners have been unable to get that same level of miles or have spent the time recovering from injury."

Despite injuries and a hot summer, Cromwell-Wright is excited about the upcoming season.

"Our expectation for the season is to train hard, compete harder, and put solid runners on the line for the section race," said Koenig. "At that point we hope to have runners ready to earn their way to the state meet."

Most local programs were scheduled to open their regular season on Thursday or Friday of this week.