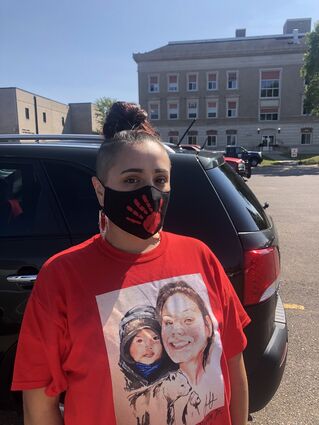 Jessica Smith, a national MMIW advocate, said she and other supporters of "Justice for Jackie" will continue to show up at every court hearing for Sheldon Thompson.

Deputy Nils Hansen, now with the Carlton County Sheriff's Office, was the only person to testify, with much of the testimony centering around the alleged "utterance" he reported Thompson made while he was being treated for possible hypothermia after being captured.

During questioning by both the prosecution and defense, Hansen repeated the word...