Cloquet aims to stay on top in section 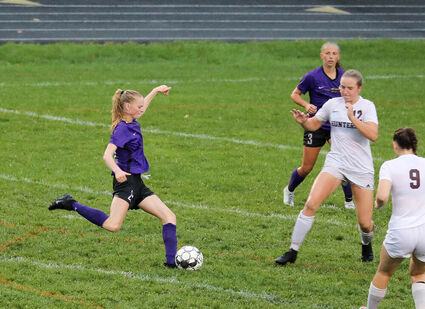 After two section titles in a row, the Cloquet girls soccer team remains a favorite for a three-peat in Section 7.

Last week the Lumberjacks split a pair of games, beating Hibbing 8-0 Tuesday, then losing Saturday 2-0 to Two Rivers (formerly Henry Sibley). Playing at home in the pouring rain on Monday, they defeated Duluth Denfeld 3-2 to improve to 7-2 on the season.

Coach Dustin Randall sees room for improvement. "I think we have had our ups and downs," Randall said. "Saturday was a good reality check and we didn't meet our standards of play."

Randall was referring to the fact that Cloquet was probably a favorite against Two Rivers, a school located in Mendota Heights. The Warriors came into the game with a record of 2-4-1, while the 'Jacks had a 6-1 record. Despite that setback, Cloquet has still been impressive far more often than not in the early going this season.

"I am not surprised by the good start," Randall said. "We do a lot of work together preparing for our season, and we expect to compete in every game we play."

Despite the impressive start to the season, the coaching staff feels there is still more to come from this squad especially on offense.

"Offensively I think we can do more," Randall said. "We have had some good games and some good moments, but I don't think I have seen the sharpness that our offensive front is capable of." 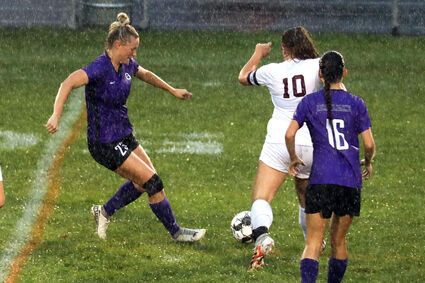 Cloquet's key to winning this season is their defensive abilities. The team has a combination of strength and speed that most high school teams don't have, Randall said. "Defensively we are very fast and strong," he said. "Most teams have not even had real scoring chances, let alone goals against us, and that gives us the chance to win any game we play."

When asked to single out leaders, Randall said it's a tough thing to do. "We have no shortage of leaders, because we have a big senior class. We have a lot of girls that have leadership roles, so it's hard to really pick one as a default leader."

Continuity and a sense of team unity have been another big key to what coach Randall hopes will be another state tournament run.

"Overall, I am having a lot of fun with this group," Randall said. "There are so many great people on it and I feel very lucky to share the moments with them."