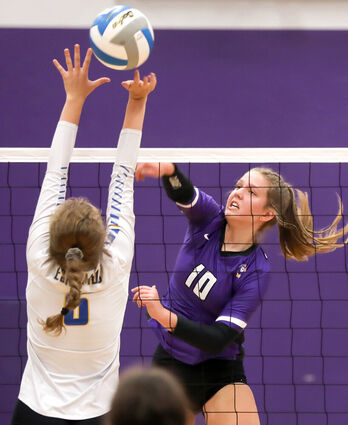 The win comes after a weekend championship at a tournament in Virginia, which proved to be the remedy for a 3-1 loss to Greenway on Sept. 23.

Cloquet coach Heidi Anderson said the Tuesday home game, invaded by scores of Esko fans, was a fun environment to play in.

"We have been on the road for quite some time and it was nice to be home in front of our fans," she said. "And Esko always travels well with their fan base. The girls played how we are capable of playing, instead of being nervous."

Cloquet kept up a relentless attack and kept the Eskomos on the defensive for most of the night. "We served tough to get Esko out of system," Anderson said. "And then when they served, we were able to pass it to our setter, which gave us lots of offensive options." 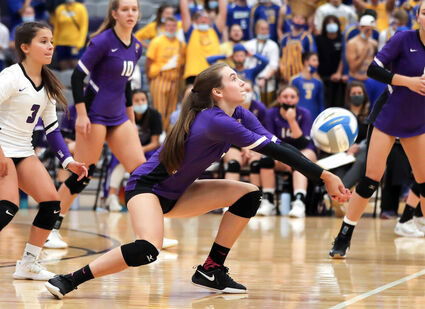 Carlson, a 5'10" sophomore outside hitter, appears to be Cloquet's go-to player and the team feeds off her booming hits. "Tonight we were having success with setting me on the outside. We figure out ways to score, and if it is working, we keep going with it. I'm never going to stop swinging," Carlson said.

At the other end of the spectrum is the 5'0" digging machine Danielson. "We love playing Esko because we are so close to them and we know everyone. And the atmosphere was crazy tonight. As a libero, it is my job to get the ball up for my team so we can get a point."

Danielson also does damage with her serve. In the first game, Cloquet was leading 17-13 when the sophomore reeled off six tough serves to put her team up 24-13. "Coach Anderson has us working every day on serving seam, corner, short and float," Danielson said.

It paid off on this night.