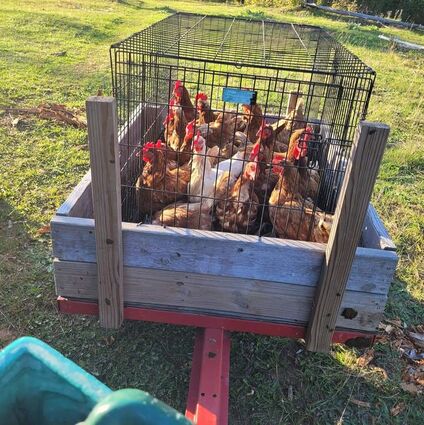 Hundreds of laying hens deemed expendable were released from the Promised Land Farm in rural Carlton the past two months. About 200 were found roaming in an area along Carlton County Road 4 this week. They were coralled and people online rallied to adopt them.

The lost chickens of Carlton County have been found. And they've been adopted.

This week, for the second time in a month, people exploring the woods off Carlton County Road 4 between Interstate 35 and Hay Lake - along the border of Blackhoof and Twin Lakes townships - discovered hundreds of chickens roaming wild. And for the second time since Sept. 12, a call to action on social media has raised outrage and compassion as people have taken the birds in.

It isn't difficult to ascertain where the birds came from. Nearby is the Promised Land Farm, which provides meats and farm produce using wha...