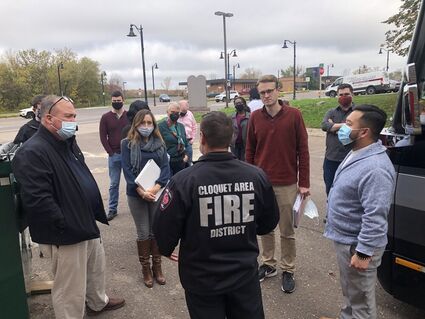 DFL legislators tour the fire district’s Station 1 last week. Segregated by party, state legislators have been cruising around the state on a tour of entities with projects vying to be included in the next round of state bonding. One of those stops was Cloquet on Oct. 5. The Cloquet Area Fire District is asking the state to bond for up to $10 million — with a 50-percent local match — to build a new facility combining the Cloquet and Scanlon fire and ambulance stations. The money would also cover improvements to the Perch Lake fire station allowing staffing 24 hours a day, improving re...