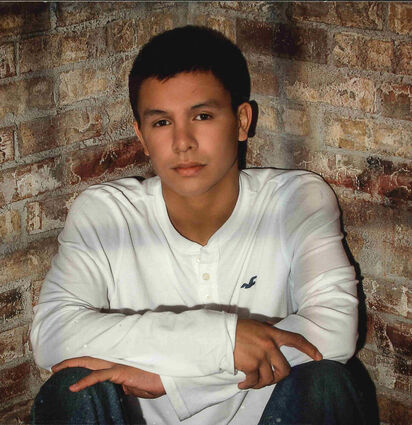 Brandon Allen Blacketter, 24, passed away suddenly on Tuesday, October 12, 2021. He was born March 5, 1997, to Brad “Raff” and Melanie “Mel” (Rabideaux) Blacketter in Cloquet, Minnesota. Brandon graduated from Cloquet High School and worked as a laborer at various places over the years. Brandon was a skilled boxer, who traveled to several destinations for his fights throughout the states. He also enjoyed playing Xbox with his cousins, his friends, and especially with his brothers. Brandon enjoyed sports, being outdoors and spending time with his family particularly with his grandpa. Though Brandon was here for too short of time, he left his handprint on the world, and brightened the lives of his friends, cousins, brothers, sisters and especially his parents and grandparents.

An all-night wake began at 5 p.m. Friday, October 15, in the Fond du Lac Cultural Language and Learning Center “Anishinaabetwaakamig”, 1713 Mizhaki Road, Cloquet, and will continued Saturday, October 16, until the 10 a.m. Funeral Service also in the Cultural Center. Interment is in Sawyer Cemetery.