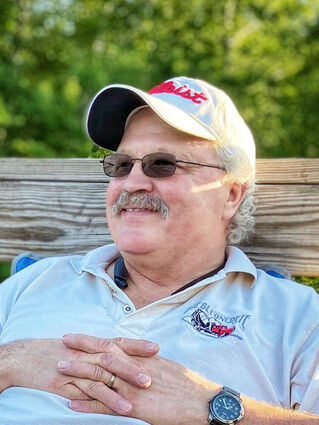 Douglas John Plante, 59, of Cloquet, with care and grace, ended his battle with cancer on Oct. 16, 2021. Doug was born on Sept. 27,1962, in Dayton, Ohio to Kenneth and Sharon (Thompson) Plante. Doug was known as a friendly, humorous, generous, considerate, loyal and kind person. He developed into a man whom many generations of Cloquet residents came to know and appreciate. He worked for the City of Cloquet for most of his adult life and made many lifelong friends among his crew mates. He worked with Biebl Concrete and transferred to the city water department before his retirement.

As a kid growing up, he had incredible energy and would put his full attention on anything he did. Doug grew up playing hockey. By high school, he was named captain of his team and homecoming king. After high school, he accepted an invitation to play junior league hockey in Austin. After a year, he returned home to settle down and start a family. He was blessed with the births of his daughter Jacqueline and son Paul. He married his wife Sue in 2001 and was blessed with her love and care throughout the course of their life together. Together they welcomed three grandchildren, Rocco and Piper Donofrio born to Jacqueline and Will, and Zoey Plante, born to Paul Plante and Sisa Nikula.

Doug coached hockey for many years and enjoyed teaching a foundation for playing the game while also building lifelong relationships with many of his players. He joined a few bar league teams in hockey, softball and broomball. Doug enjoyed golfing and participated in a league at the Retreat Golf Course in Floodwood for a decade.

After joining Cloquet Journey Christan Church in 2000, he assisted in developing a "God Hockey'' group with Noah Finch and pastor Fred Goldschmidt, which he participated in for many years. It held a special place in his heart.

Doug was an outdoorsman and enjoyed hunting, fishing, camping and spending time traveling north to fish with his friends each year or going to the shack in Holyoke, where he loved to spend time with family, friends and dogs, hunting and enjoying nature.

Doug has a huge group of both friends and family members, and never failed to be there for them in practical and personal ways. His contribution to our world was profound and he will be deeply missed.

Visitation: 10 a.m. until the 12 p.m. Celebration of Life Friday, Oct. 22 at Journey Christian Church, 1400 Washington Ave. in Cloquet, followed by a luncheon.