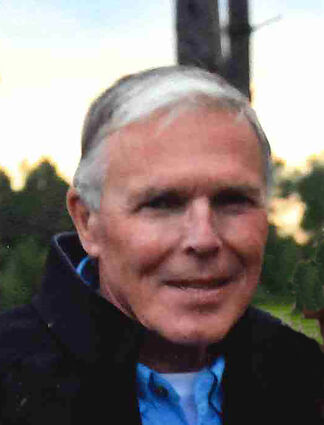 Charles "Chuck" B. Beberg, 87, of Cloquet, passed away Monday, Oct. 25, 2021, at Inter-Faith Care Center in Carlton. He was born Dec. 10, 1933, to Charles and May (Sangola) Beberg in Kalevala Township in Carlton County. He was very proud of his Finnish heritage.

Charles graduated from Barnum High School in 1951 and the University of Minnesota Duluth in 1956.

Sports were a big part of his school years. He excelled in track, cross country, football, basketball, and boxing. Charles served in the U.S. Army in South Korea 1956-58. He competed on the Army swim and track teams.

Following his service, Charles and Janice moved to Cottonwood, Minnesota, where he began his 33-year career as an industrial arts teacher. In 1963 he moved his family to Grand Marais. He retired in 1991.

During his teaching years he coached football, basketball, cross country running, skiing and started a boxing club. Charles' passion was coaching track and field, including 18 years as a volunteer with Barnum High School. He was a mentor to many young adults through coaching.

Charles also volunteered at the Carlton County Historical Society. While in Grand Marais he was also a real estate agent in Cook County.

During retirement Charles and Janice traveled to 49 states (missing Rhode Island) and 20 countries. They enjoyed annual trips to south Texas in winters and nine trips to Alaska. During one adventure to Alaska they traveled by car, train, ferry boat, bus and in a 1942 DC-3 before landing in Fairbanks.

Charles loved the outdoors and was an avid skier. He competed in many cross country ski marathons in the midwest. In 1998, he traveled to Sweden with son Paul to ski in the Mora Vasaloppet. He finished the 90-kilometer course in 8 hours and 32 minutes.

Chuck was preceded in death by his parents; his brothers, Bradley, Brian, Baxter, and Harlan; and his sister, Julianna. Survivors include his wife of 65 years, Janice; his sons, Paul Beberg of Alaska, and Samuel (Roger Barrett) Beberg of Minneapolis; his sister, Mardell Marsyla; and numerous nieces and nephews.

Thank you to Inter-Faith Care Center for their expert care. Also, thanks to the Kyle Grimm family. Memorials preferred to Dollars for Scholars, Barnum High School track and field teams, or a charity of your choice

Visitation: 10 am until the 11 a.m. memorial service Saturday, Oct. 30 at Our Savior's Lutheran Church in Cloquet. Military honors accorded by the Cloquet Combined Honor Guard. To leave an online condolence, visit http://www.nelson funeralcare.net.