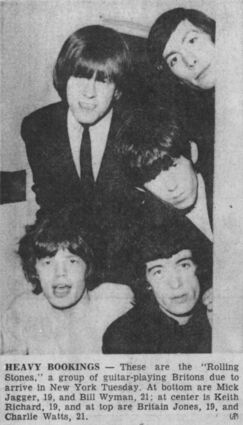 I feel sorry for Mick Jagger. All that fame and fortune, but the poor guy never went to Esko to eat an Eskomo Pizza Pie. What kind of life can be considered fulfilling if he's never had a slice of pizza from my old business?

Jagger does seem to get out and about when he's in the state, as he mentioned at his concert last weekend in Minneapolis that he ate a Juicy Lucy at both Matt's Bar and the 5-8 Club, both in south Minneapolis; and quaffed a few beers at Grumpy's, a tavern in Nordeast owned by one of my favorite college classmates. That sure resonated well with the crowd, although some of us had doubts about whether the rail-thin lead singer of the Rolling Stones really ate two big greasy hamburgers in one day.

I was lucky to see the Rolling Stones back in 1997 at the Metrodome, when they were already old. I saw them again last weekend, when they were really, really old. There's only two original members left, although Ron Wood has been a part of the band since the mid-1970s. Their original bassist, Bill Wyman, left the band in 1993 to live a "normal life" and their iconic drummer, Charlie Watts, passed away last summer. Many fans consider guitarist Keith Richards and singer Mick Jagger as the core of the band and that's who most of us came to see.

It was a thrill just to be in the same room with the legendary Stones along with 45,000 others at US Bank Stadium. The view from the rafters was dizzying, literally. I haven't been so high since college (when I climbed radio towers to replace light bulbs).

The Rolling Stones have been at the entertainment game a long time, and put on a great show. I wondered why they continue to tour at an age where most people have retired. Maybe they didn't save enough during their glory days and need the money? Who knows? But I'm glad they are still touring.

The biggest applause came during the third song, when Mick turned around at the end of a runway and literally ran back to the main stage. The sight of a 78-year-old man sprinting across the stage during a rock concert inspired many of us. My mother-in-law came to Cloquet to visit a few years ago when she was 78. She didn't sprint once. I'm only 57 and I bet I couldn't keep up with Jagger.

The Rolling Stones are proof that age is just a state of mind. I've been thinking about some of the great work we see from our older citizens, from leaders like Ronald Reagan and our current president, Joe Biden. If Donald Trump decides to run in 2024, he'll be 78 when he takes office. That's how old Biden is now. If 70-somethings can sing rebellious rock 'n' roll songs to a stadium full of fans, I suppose they can run our great country. Reagan was a youngster compared to them and he was at the time the oldest person to take office in 1980, when he was 69. Among his colleagues in government was Sen. Robert Byrd, who served in Congress until he was 92. Chuck Grassley from Iowa and Dianne Feinstein from California are both 87 and are still serving in the Senate.

There are some business titans who didn't get rolling until later in life. Col. Sanders didn't get his famous Kentucky Fried Chicken franchise business started until he was in his 60s, after a string of personal failures in his life. He hawked his chicken as company spokesperson until he died at age 90. Ray Kroc, founder of McDonald's, was 52 when he bought out the McDonald brothers and started that famous burger chain. He worked into his 80s.

Even locally, some of the people who shaped my experience here in Cloquet worked late into their lives. Harry "Grandpa" Newby produced his "Harry's Gang" cable TV show well into his 80s. Ray Riihiluoma worked at his construction company well past 78. Darryl McKinney, who started the Little Stores chain, kept an office at Best Oil into his 80s, coming in to work every day, his son Mike McKinney once told me.

I'm detecting a theme here. "Do something you love and you'll never work a day in your life" might have some merit. When I'm 78, I hope to still be publisher of the Pine Knot News, but I hope it doesn't involve any sprinting on my part.