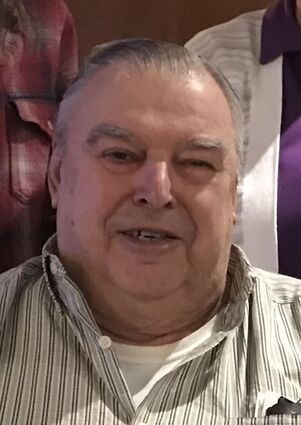 Zenon Jozef Bednarek, 84, of Cloquet passed away Tuesday, Nov. 2, 2021, in Essentia Health St. Mary's in Duluth. He was born Dec. 26, 1936, in Skowronów, Poland to Boleslaw and Zofia Bednarek. He was raised in Poland and later relocated to Germany, where he attended school, and then moved to the U.S. in 1951. Zenon married Emelia Greske on Nov. 24, 1962 in Cloquet.

Zenon worked at Erickson Dairy, Brenny-Dahl, Ray Riihiluoma Inc., Diamond Match and Potlatch. He retired from Potlatch and was a member of the Potlatch Quarter Century Club.

He liked fishing, dancing, polka music, telling stories, playing cards, and spending time at the VFW. He enjoyed spending time with his children, grandchildren and great-grandchildren. Zenon was a father figure to all in his family.

Zenon was a strong-willed, humble man who did everything he could to provide for his family, from learning German and English, to interpreting for his family, to constantly working even when ill.

Zenon was preceded in death by a grandson, Jaycob Weme; sister, Maria Limmer; and brothers, William, Thomas and John Bednarek.

Visitation: 1 p.m. until the 2 p.m. Rosary Wednesday, Nov. 10 in Atkins Northland Funeral Home Chapel, 801 14th St., Cloquet. Inurnment will be in the New Calvary Columbarium. Refreshments will follow in the Fireside Room of the funeral home. To see the guestbook and leave an online tribute, see http://www.atkinsnorthland funeralhome.com.