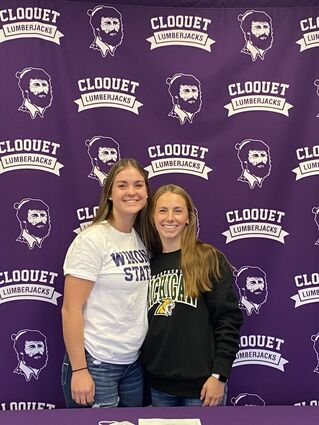 Dana Jones and Katie Turner signed letters of intent to play soccer and softball at the collegiate level next year.

Two Cloquet High School athletes made their collegiate intentions known last week on the first National Signing Day of the school year. Dana Jones signed a letter of intent to play softball for Winona State University, while Katie Turner will head to Northern Michigan to play soccer. Both girls have been leaders for their respective Lumberjack teams and multi-sport athletes in their years at Cloquet. 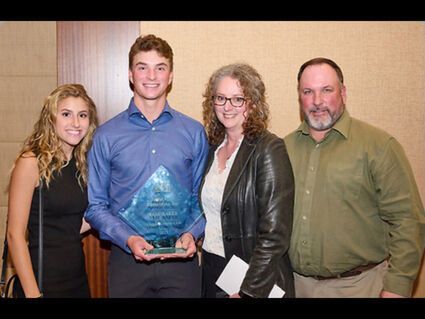 Golf standout Sam Baker, a 2021 Cloquet graduate, was awarded the Minnesota Golf Association Junior Boys Player of the Year earlier this month. In addition to being the medalist and individual winner of the state golf tournament last spring, he led the Lumberjacks to the team title. He is currently taking a year off from school and will start college in 2022 at Division I Florida Gulf Coast University. He planned to visit the college this week and meet with some of his future teammates before heading to Arizona for the winter. Baker is registered for tournaments in November and December in California and Arizona. He'll be working with his swing coaches and trying to add some "golf muscle" in the off season.