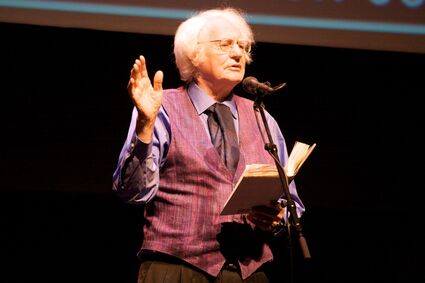 Robert Bly reads at the Poetry Out Loud Minnesota finals at the Fitzgerald Theater in St. Paul in 2009.

Minnesota poet, teacher and men's movement founder Robert Bly was a major figure in American literature for decades who drew adulation and controversy. Bly died Nov. 21. He was 94.

Born in 1926, he grew up on a farm in southwest Minnesota near Madison. He had a cabin in Carlton County, on Moosehead Lake in Moose Lake.