Celebrate the holidays in Cloquet today 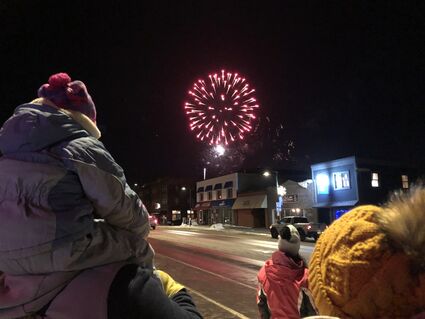 It looks like Mother Nature is giving Santa time to celebrate in Cloquet before the snow falls.

Santa's Home for the Holidays festivities are in full swing after kicking off Thursday night with Mrs. Claus at the library and a West End open house that saw a healthy number of citizens strolling through the city's oldest business district. Last night, Queen of Peace hosted Santa (with photos by Alan Johnson) at a spaghetti feed and craft show.

Today, however, is the big day. Things started early at Churchill Elementary School with a pancake breakfast sponsored by Boy Scout Troop 171, starting at 8:30 a.m. (enter from Arthur Street), followed by the holiday expo and craft fair 9 a.m. to 3 p.m. Admission is $5 until 11 a.m., and free after that. Cost for the pancake breakfast is $5 each, and it lasts until 10:30 a.m.

Head over to Wood City Motors, Washington Avenue and Highway 33, between 1 and 4 p.m. for a magic show, hayrides and more, including a visit with live reindeer, sponsored by MCCU.

The Cloquet Educational Foundation and the Cloquet Area Fire District will offer s'mores and hot chocolate starting at 4 p.m., with fire rings to cook on and Christmas carols sung by the Cloquet High School madrigals, until the parade begins at 5 p.m. 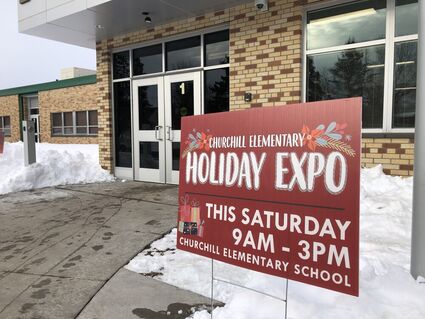 As always, the main event is the Santa's Home for the Holiday parade and fireworks, filled with brave marchers and lighted floats making their way through downtown Cloquet starting at 5 p.m. Saturday, Dec. 4. The parade goes down Cloquet Avenue from 18th to Eighth Street, and people are encouraged to dress appropriately. Participants need to preregister for the parade; see http://www.unitedwaycarltoncounty.org for more or stop by the Pine Knot office for a form. Fireworks over downtown Cloquet and Veterans Park begin immediately following the parade.