CAFD Chief job is in limbo 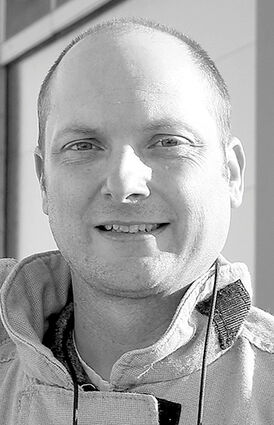 After less than a year on the job, Cloquet Area Fire District chief Matt Ashmore has been placed on paid administrative leave by the CAFD board and is fighting to keep his job.

Ashmore defended himself in a Loudermill hearing on Nov. 21 against allegations regarding his performance as fire chief that could result in discipline, up to dismissal. Loudermill hearings provide public sector employees the right of response to contest reasons for possible firing.

At the heart of the complaints is the fact that the fire chief came to work after contracting Covid-19 - but unknowingly, after testing negative at home, Ashmore said - and subsequently exposed a number of co-workers, community members and a student over a period of days.

A notice of the hearing sent to Ashmore stated that the board considered allegations that Ashmore violated both Covid protocols and "may have violated the organizational values of the district" in closed session on Nov. 11. The notice said the evidence heard suggests Ashmore may have engaged in behavior - which was either intentional or accidental, or failed to act when action was required - that would be just cause for being fired. Several sections of the allegations were redacted.

Ashmore and his attorney addressed the board online during the Nov. 21 meeting held at the Scanlon Community Center. Board members attended in person or online.

Ashmore addressed complaints that he had not abided by Covid-19 protocols previously adopted by CAFD for all employees, including wearing a mask and observing social distancing in public or with the public, specifically when teaching at Virginia Community College on Oct. 27, at two meetings on Oct. 28, and with an LSC student Nov. 1.

Ashmore said he followed Covid protocols, following guidelines for CAFD members who are fully vaccinated and because he had gotten a negative result with an at-home test Oct. 27. He said he has "given a good faith effort to follow the district rules" and that any deviation from these rules does not rise to the level of behavior alleged by the board.

The purpose of the hearing Nov. 21 was simply to gather information, CAFD board chair Bob DeCaigny said. The board set its next discussion regarding Ashmore for 1:30 p.m. Monday, Dec. 6, at the Scanlon Community Center again.