Lumberjacks get over Esko 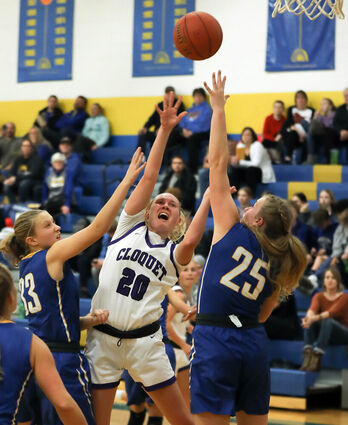 This was a prophetic statement. Cloquet came out in mid-season form to beat the Eskomos for the first time in eight years with a 68-54 victory in Esko.

The Lumberjacks jumped out to an early lead and never looked back. Dominant play from Maddie Young and Alexa Snesrud proved to be the big difference in the road win.

The Lumberjacks worked the ball inside in the early going where Young used her size and skill to score 13 first-half points with 10 of those in the paint. Additionally, Cloquet capitalized on Esko miscues leading to easy transition baskets.

With Cloquet scoring down low, they also hit four 3-pointers in the first half, whereas Esko - whose players normally shoot the ball extremely well - struggled from the outside all night.

"Normally we have a game in at this point of the early season," Young said, "and we were ready to play." 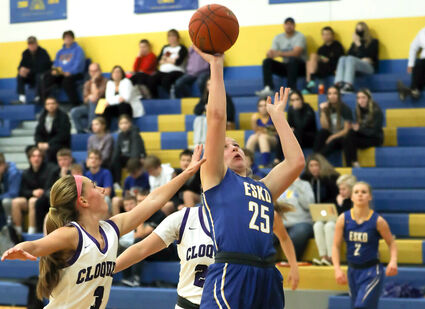 That was so true. Cloquet came out and went on a 9-0 run to start the second half and built up a 20-point lead. Esko called a timeout and made a 9-0 run of their own, but Cloquet ended that run and kept the game between a nine- and 15-point lead in the second half. After Esko cut the lead down to nine points midway through the second half, but then saw Young score eight straight points. The Lumberjacks never looked back at that point.

Snesrud, who scored 18 points for Cloquet, tallied 15 of her 18 in the second half with seven coming at the free throw line.

Esko - the section 7AA runner-ups a season ago - struggled from the outside and hit only three long-range bombs all night long. Jayden Karppinen led Esko with 19 points in the loss while Kyra Johnson ended with 14.

One bright spot for Esko was finishing 21-26 from the free throw line. The Lumberjacks also shot well from the line, finishing 11-16 on the night.

Cloquet starts the season 1-0 and will look to improve to 2-0 on Saturday with their home opener against Princeton at 1 p.m. Esko will play three games away over the next week: at Virginia, Pierz and Crosby-Ironton.