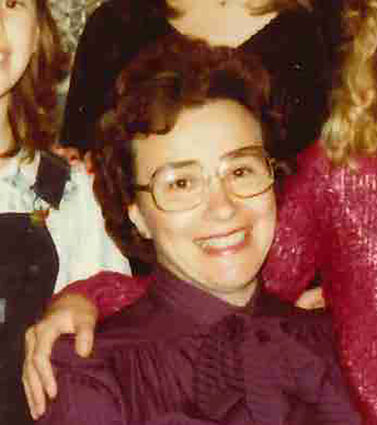 Annella C. Clasemann, 85, went to heaven to be with her Lord and Savior Dec. 9, 2021, surrounded by her family at the Solvay Hospice House in Duluth. She was born to Roman and Adelaide (Terhaar) Kulzer, the fifth child of nine. Annella grew up on a dairy farm in Sauk Centre and graduated from St. Francis Catholic high school.

Shortly after graduation, she met the love of her life, Alois Clasemann, and they were married July 2, 1958. Together they raised seven children on their dairy farm in Long Prairie. She helped her husband on the farm and could drive any tractor ... she was her husband's perfect companion, working alongside together. Annella was a creative and talented person. She sewed her wedding dress and made most of her own clothing. She was an inspirational speaker, giving talks to women's groups and schoolchildren. She supported her children's activities and was involved in 4-H and teaching her children many important life lessons such as sewing, cooking, gardening and, most importantly, about Jesus. Annella's biggest love was the Lord, and her favorite topic was Jesus. She blessed her children as they headed out the door and showed her faith with joy!

Annella was a member of the Prairie Promenaders; she made matching square dance outfits she and her husband wore as they performed in many towns and street dances. She also loved to polka, waltz and dance the schottische. Annella and Alois belonged to the neighborhood card club that met once a month, and had great fun playing 10-point smear.

A special thank-you to caregiver Kalee, who made it possible for Annella to be with her husband in their home.

Visitation: 10 a.m. until the 11 a.m. funeral service Friday, Dec. 17 at St. Francis Catholic Church in Carlton, followed by a luncheon in the church social hall. Interment service will be 2 p.m. at the Minnesota State Veterans Cemetery in Saginaw.