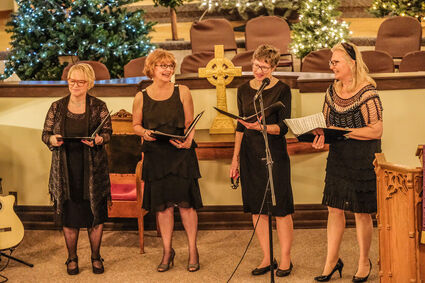 Marge Stillwell has been giving the gift of music at the Presbyterian Church in Cloquet for more than six decades, and last week a group of musicians decided to return the favor. They held a birthday concert for the longtime organist in honor of her 90th birthday.

James Sheetz, the music director at the church and proprietor/general manager of the Scott House, was the brains behind the concert, who produced and coordinated the concert. He also talked about Marge, and their working relationship.

"It was just a fun party," Sheetz said. "It was all her favorites - Bing Crosby, the Mills Brothers, Irving Berlin - just a variety of music (which she chose) to celebrate her 90th birthday.

Pine Knot News writer Timothy Soden-Groves wrote about Stillwell in 2019. At that time, she had been playing the pipe organ at the Presbyterian Church in Cloquet for 63 years. Stillwell didn't ask to play, but when the minister there asked her not long after she moved here with her husband, Stillwell said "yes."

The learning curve was daunting. Playing a pipe organ is not like playing the piano, and not even much like playing an electronic organ.

She was no exception to this, and in her case that meant years of study and practice.

When asked about some of her fondest memories over the 63 years she has played the organ at the church, a series of programs presented with the church choir years ago came to mind. 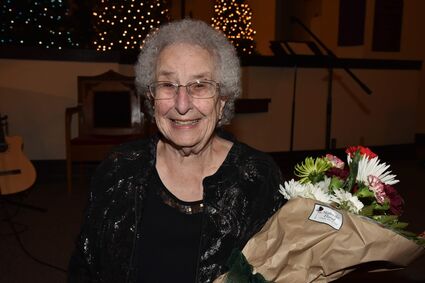 Marge Stillwell was celebrated after turning 90 this month.

"We did some cantatas, and one of them was the Fauré Requiem, which we did twice. The first time we did it, when we finished, we all went down to the choir room and cried. It was gorgeous. I think that was the most memorable."

Gail Hamre, a well-known vocalist and voice teacher in the area, was one of the many who performed in the birthday concert last week.

"This community is so fortunate to have the quality and standards Marge offers," Hamre said. "I say with a smile that Marge doesn't mess around, that's what I love about her. She is educated, gifted and validating to those she works with."

"It's been her life. She finds comfort in her music," he said, adding that Stillwell gives comfort to listeners too. "She's a gift to the world."