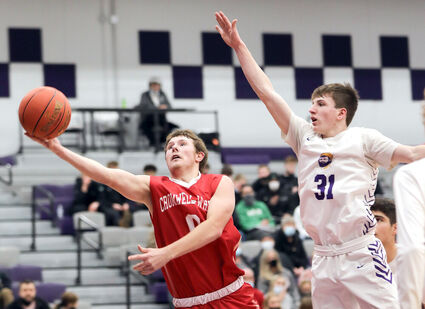 The Wood City Classic boys basketball tournament returned to Cloquet Middle School Tuesday afternoon with Cloquet and Pine City capturing first-round wins. The Dragons opened the tournament with a 99-56 win over Proctor, followed by the Lumberjacks, who took a 67-30 victory over Cromwell-Wright.

The 'Jacks broke open a 7-7 game early in the first half and eventually made two strong runs that added up to a 35-15 halftime lead.

"We just couldn't match up with them athletically," said Cardinals coach Bill Pocernich. "Early in the game we did some good things, but then they went into a three-quarter-court press and a zone defense and that turned the momentum in their favor."

With the game tied at 7-7, Cloquet called a timeout and decided a switch in tactics was in order.

"They were being very deliberate, and in their first possession they held the ball for two minutes," said Cloquet coach Steve Battaglia. "We needed to pick up the pace of the game."

At the start of the second half the Lumberjacks went on another quick run, which put the game out of reach.

"Bill Pocernich is one of the best coaches in the state and you don't want to leave them hang around and let him find a way to beat you," Battagia said. "In the end we were just a bigger, stronger team and we were able to attack the basket. It just got to be too much for them." 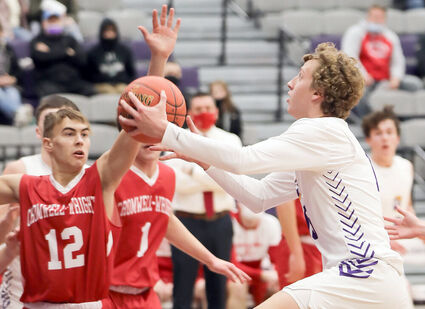 Conner Barney led Cloquet and all scorers with 17 points, but he had plenty of offensive help as Alec Turnbull and Caleb Hansen chipped in with 14 and 13 points each. Marco Mayorga added nine for Cloquet, Kollin Bonneville scored six while Seth Rothamel, Malachi Bridge, Jordan Aultman and Owan Defoe-Hayes all chipped in two points each.

"I am happy with the game," said Battaglia. "We are playing eight or nine guys every game and we are seeing improvement throughout the lineup."

Leading the Cards was Ethan Shelton with seven points while both Tanner Collman and Nathan Eliason added six points.

"This could be a game we can learn from and build on," Pocernich said. "I like where we are at. In most of our games we've been the better team athletically, so to see a team with that kind of athleticism will only help us in the long run."