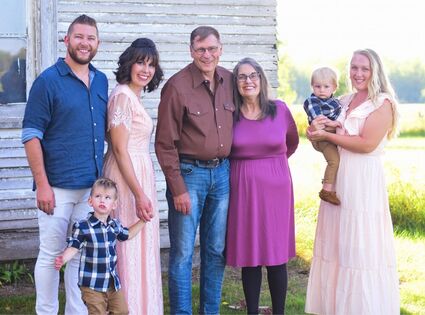 Kenneth John Pohjola, 67, died of Covid-19 complications on Thanksgiving. Kenneth was born on Laurel Street in Cloquet in the family car. Marjorie (Davis) delivered him into his father Harold Pohjola's hands.

He grew up and took over the family farm in Brookston until 1985. He was a graduate of AlBrook High in 1972 and Duluth Area Vocational Technical Institute in 1974, where he studied to be an electrician. He was a member of the International Brotherhood of Electrical Workers 242 for 45 years.

His greatest joy was knowing the love of God, as a child of God, with forgiveness of his sins.

He married Evelyn Hart in 1983. Joys of his life were his two daughters Emma (Douglas) Kman of Duluth, and Dr. Sara Pohjola, Kailua, Hawaii; and two grandsons, James and William Kman.

A Finnish man, he loved his coffee time with neighbors and friends, fishing, fish frys, camping, gardening, and designing and building boats, machines and buildings.

Kenneth was lead guitarist with the Gospel Five bluegrass band, a part of Scripture Time on public access television, and led music at Camp Green Hill on Chub Lake.

Kenneth was a member of Grace Church in Cloquet, where he often sang and played special music.

He is survived by his wife and daughters; brother Steven (Sue) of Brookston; aunt Darlene (Davis) and Jim of Corpus Christi, Texas; and numerous cousins, nieces, and nephews.

A celebration of life will be held at