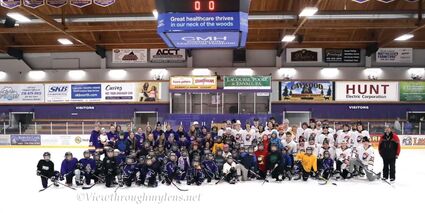 The girls and boys Lumberjacks hockey teams skated with younger area hockey players during the "Skate with the Jacks" event Sunday afternoon at Northwoods Credit Union Arena in Cloquet. Ann Dunaiski estimated about 60 players attended, along with 75 youngsters, with free pizza and drinks provided for all. It was the first Skate with the Jacks gathering since the start of the pandemic. Kids could also win everything from tickets to see the Lumberjacks or the Wilderness, hockey apparel, water bottles and hats, skate sharpening cards and more. 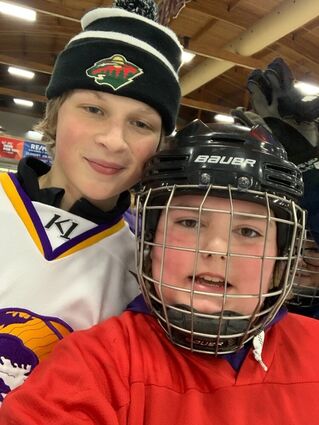 Hunter Scanlon asked Cloquet varsity player Patrick Dunaiski for an autograph before getting a photo with the Lumberjacks forward.