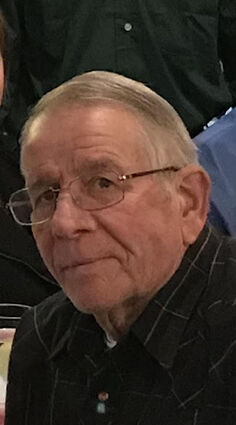 On Monday, Dec. 27, 2021, John David Clawson, loving husband and father of five children, passed from this earth into the arms of Jesus at age 87.

John was born on Aug. 28, 1934 to Ray and Daisy (Shroyer) Clawson. He graduated from Proctor High School in 1952, then joined the Army National Guard where he began his training as an auto mechanic, and was honorably discharged in May of 1963. He worked as a mechanic until his retirement.

John was a skilled mechanic and was sought out for his expertise on a regular basis. He was always willing to help others whenever possible. He enjoyed attending church, fishing, camping and visiting over a cup of coffee. His sense of humor and gift of storytelling was appreciated by all who knew him. He also spent many years attending Big Lake Chapel for worship. He helped with lawn care and maintenance, and toward the later years always went in early to start the coffee and set up.

John was preceded in death by his wife Margarite; parents, Ray and Daisy; brothers, Richard and James; and first wife, Carol, and daughter Cynthia.

Services will be announced later this spring. Condolences to the family can be sent to 3955 Crosby Road, Cloquet MN 55720.