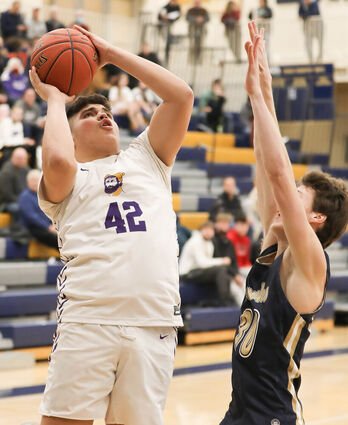 A slow first half doomed the Cloquet boys basketball team last Thursday in a 96-80 road loss to Hermantown. The Lumberjacks struggled to keep pace and fell behind by 16 at the break, then rallied, only to have the rally fall short with another run at the end of the game by the Hawks.

"In the first half they turned us over with their pressure and we didn't handle it well," said Cloquet coach Steve Battaglia. "We also didn't play very good defense in the half court and allowed them to penetrate and kick out for open threes."

The Lumberjacks trailed 56-40 at intermission, but Cloquet came out at a furious pace at the start of the second half and pulled to within four points to put a scare into the Hawks.

"We were flying around in our 2-3 zone after halftime and started to move the ball well offensively," Battaglia said. "We got it to four points but couldn't close the gap. They kept making big shots every time we got within striking distance."

After cutting deep into the lead, the 'Jacks were unable to get over the hump. The Hawks went on a run after getting a 3-pointer from Keaton Christianson, along with three steals that resulted in easy buckets.

"We had to expend so much energy getting back in the game that we got sloppy after they put us back on our heels with that three," Battaglia said.

Conner Barney led the Lumberjacks with 39 points and, along with Marco Mayorga, tried to keep the 'Jacks in the game.

"Conner is a tough matchup for everybody," Battaglia said. "He hit a bunch of threes and is so physical going to the basket that he's very rarely not going to score."

Despite the Lumberjacks putting up a solid 80 points, they were still beaten by 16 points and nearly gave up 100 points for the first time this season.

"So much of that was us turning the ball over in transition," Battaglia said. "They had 20 points in uncontested layups. Our inability to handle their pressure didn't even give us a chance to play defense on many possessions. Our half-court defense was pretty good in the second half. In the end, they shot it well and played a lineup that consists of either four or five guards, which caused some matchup problems for us." 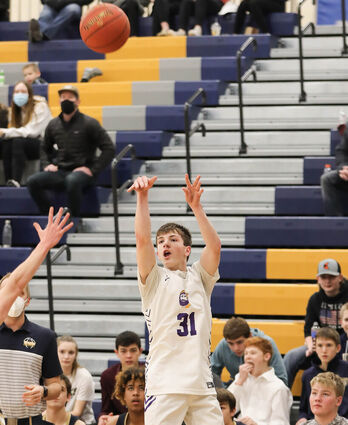 "We've got a pretty good offensive group of players, but our problem typically isn't scoring," said Battaglia. "Our problem is stopping others from scoring. We played the game without Kollin Bonneville, who was out sick, and he's our best or second-best defender, so that hurt."

The Lumberjacks have played 12 games this season and are 7-5. With 13 games remaining, the team is nearly at the halfway point of the season.

"When we take care of the ball, we can beat anybody," said Battaglia. "We still have yet to play a game with everybody healthy, and that extra guy can make a difference when it comes to rotations and getting guys a break. A lot of our bad spots are happening when we get tired. I've got to do a better job of finding the right rotation."