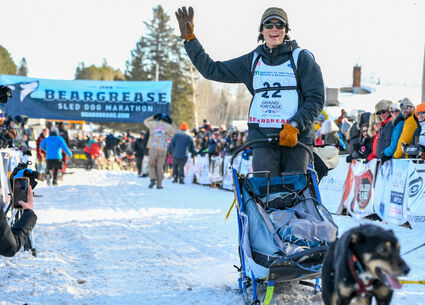 A quintessential northern Minnesota event took off Sunday when teams of mushers and their sled dogs started on the John Beargrease Sled Dog Marathon races. The continued relatively warm weather — it was 30-some degrees along Lake Superior Monday and Tuesday — caused nearly half of the 24-team field in the 300-mile marathon to drop out. Slushy, sticky snow is hard on the joints of dogs, and mushers didn’t want to overtax them. 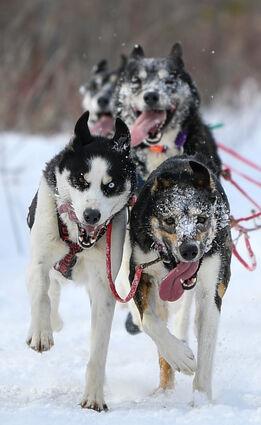 Winning the marathon Tuesday afternoon was Ryan Anderson of Wisconsin, his fourth win in the race. The 120-mile winner on Monday was Rita Wehesler of the Finland area, where that race finished.

Enjoy these photos of the 40 mile race courtesy of Amy Arntson.