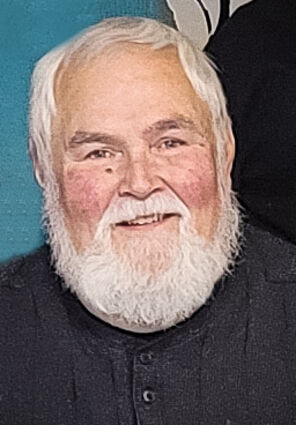 Rickey Joe Nynas, born July 28, 1952, passed away suddenly at home Feb. 21, 2022. He was raised in Esko on the Nynas Road and graduated from Esko High School in 1970. He went to school for forestry and worked at Jay Cooke State Park. Rick started work at Conwed in 1971, then USG 1985-2015, and retired after 44 years. He married Jan Fisher in Scranton, North Dakota, on Aug. 7, 1976. He was a member of St. Francis Catholic Church in Carlton and the Moose Lodge 1274. Rick was an enrolled member of the Red Cliff Band of Lake Superior Chippewa. Family was everything to Rick, especially family trips. His hobbies were taking road trips, gardening, and Friday night card playing with Rod, Char and Dorothy. His most joy came from being Santa Claus — “He was the real thing!”