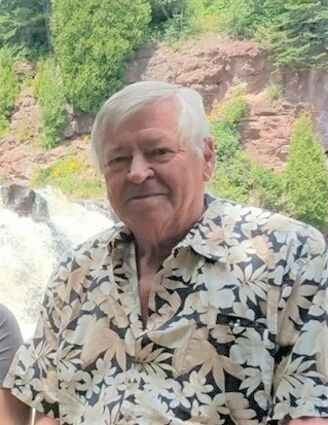 Gerald Frederick Crisler, 73, resident of Moose Lake and formerly of Sterling, Nebraska, passed away unexpectedly in his home Feb, 25, 2022. He was born in Prairie City, Oregon, on May 17, 1948, to John and Eileen (Dieckgrafe) Crisler.

When he was an infant, the family moved to Sterling. Upon graduation from Sterling High School, Jerry attended college in Lincoln, Nebraska. He then joined the United States Navy and honorably served four years with the submarine force. Following his service, he was hired by Northern Natural Gas Company as a maintenance person in Palmyra, Nebraska. He later transferred to Northern Natural Gas Company's liquefied natural gas facility in Wrenshall, where he worked as a plant operator, control technician and a team leader.

Upon his move to Minnesota, he met Elsie Jenski-Fick through their shared work experience, and they married in Bessemer, Michigan on Feb. 4, 1976. After retirement and several years of traveling, Jerry decided to return to Northern Natural Gas as a consultant and inspector. He was an excellent father who exhibited unconditional love and support, always putting others first. Jerry enjoyed many vacations with his grandchildren and great-granddaughter. He was at his happiest when spending time and making memories with his family. Jerry loved fishing, hunting, woodworking and scuba diving.

He was preceded in death by his parents, John and Eileen; stepmother, Doris; sister Donna; brothers LeRoy and Raymond; grandson Joshua; and infant daughter, Cara Beth.

A visitation to honor Gerald's life will be held Saturday, March 5 at 1 p.m. until the 2 p.m. memorial service in the River of Life Church at 1002 Carlton Ave. in Cloquet. To view a livestream of Jerry's service, visit http://www.hhkfuneralhome.com. Military honors will be accorded by the Cloquet American Legion. Lunch and fellowship to follow.

Arrangements are with Hamlin-Hansen-Kosloski Funeral Home in Moose Lake.