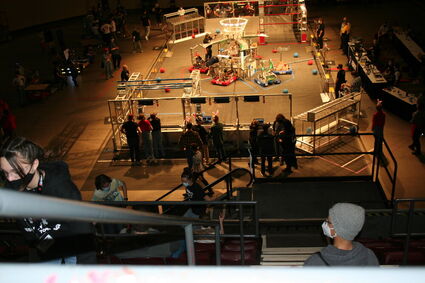 There were four Carlton County teams in the competition, from Cloquet, Esko, Barnum and Moose Lake. Esko came away with the biggest honors: a run in the playoffs, a top award for innovation in controlling its robot, and a sure place in the state tournament.

Spectators at the popular event were encouraged to not come because of waning but continuing Covid-19 co...