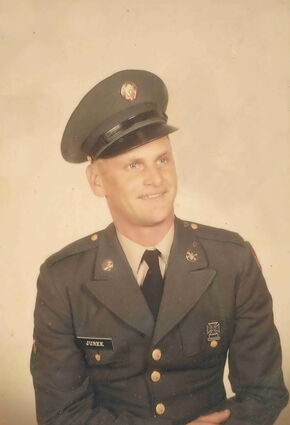 He attended school in Kettle River and later in Moose Lake. Bill served in the Army National Guard for six years. On April 26, 1975, he married Margaret Zieman in Sturgeon Lake. Bill worked for Diamond Match for more than 20 years. He later worked at his sawmill on his property.

Bill liked working on his tractors, doing crosswords, and will be remembered for being an excellent storyteller. He took great pride in keeping his vehicles meticulously clean and his yard perfectly manicured. His greatest love was his family and he truly adored his grandchildren.

Bill was preceded in death by his parents, Florian and Mary Jurek; and seven siblings, Bernard, Leonard, Marcy, Mary, Josephine, Regina, and an infant sister.

Visitation: 11 a.m. until the noon funeral service Friday, March 18 at West Side Church in Kettle River. Spring burial will be in West Side Cemetery. Arrangements by Hamlin-Hansen-Kosloski Funeral Home, Moose Lake.