In Memoriam: Plachta loved coaching softball to the end 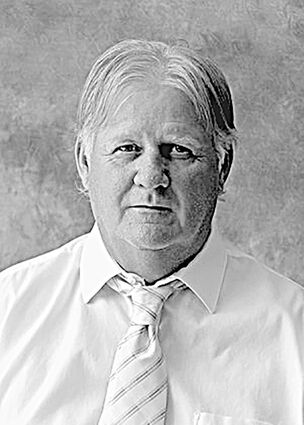 The local softball world lost an icon last week when Roger Plachta passed away. I first got to know Roger when I coached against him in the 1990s in the Lake Superior Fastpitch League in Duluth. I eventually joined him and one of my dearest friends, Mike Sylvester, on the coaching staff at the University of Wisconsin-Superior.

Roger was a character in the truest sense of the word. One minute he was chewing out a player for not giving her best, the next minute he was telling her she was the best player he had ever coached. He knew which buttons to push, when to push them, and how to get the best out of every player he coached.

Plachta was a dynamic fast pitch player himself, but found a niche in life first as a high school coach, then a college coach, then circled back for one more memorable year back in high school. At all those levels Roger won and developed some of the best players the Northland has ever seen.

At Esko, where Sylvester was his longtime assistant coach, Plachta’s teams were in the section finals every year from 1987 through 1999. His Esko squad played in the state tournament in 1987, 1995, 1996, 1998 and 1999. In 1996, Esko fell in the Class A championship game to Maple River, but two years later the Eskomos avenged that loss in a 12-inning come-from-behind win to take the state title.

“Roger had a way of winning those close games,” Sylvester said. “We were down to our last out and had a seventh-grader come up to bat in the bottom of the seventh and she got a hit to tie the game, which we won in 12 innings.”

Plachta and Sylvester started the elite Esko Ice team in the ’80s, mainly as a chance to get summer playing time for his Esko high school players. Over time that team became so good that players from all over the state were asking to play on the elite-level squad. In the summer of 1996, Plachta took his team to the Amateur Softball Association U18 national tournament, where they finished ninth out of 164 teams. The team was mainly Esko players.

“A few years later ASA added a Gold Division, which was for the top teams in the country,” said Sylvester. “Roger decided to play at that level and we saw some of the best players in the U.S.”

One of those players was Cat Osterman, who went on to pitch in three Olympic games and is widely considered one of the top three pitchers in the history of women’s fastpitch.

Former Cloquet high school catcher Tiffany Anderson played on the Lumberjacks’ first state tournament team in 2002. The following year Anderson moved on to play college softball at UWS. She had the chance to play in the summer for Roger as well as in college.

“Roger had a gruff side to him and if you didn’t know him, he could be intimidating,” said Anderson. “If you played for him, you realized he only wanted what was best for you and he truly cared. He had that hard shell, but he knew when to rile things up and get the best out of you. Some of us who played at UWS were talking the other day about how we all went to UWS because of Roger and his knowledge of the game. He told me ‘You may be a good player now, but if you come to UWS, I will make you a great player.’”

“My dad’s whole life was about sports and softball,” said Plachta’s oldest daughter, Jamie Barkley. “He was the most competitive person I ever met. He lived and died all sports, but especially softball, which was really his first love.”

Plachta lived in Superior but coached in Esko. In an odd twist of fate, he coached against his daughter Jamie.

“I moved to the Twin Cities to attend a private school, St. Bernard’s,” Barkley said. “We ended up playing Esko in the semifinals at the state tournament in 1998 and they beat us by a run.”

One of the things I personally learned from Roger was you had to prove yourself to him. If you coached against him, he didn’t let up. He expected your best game from your team. That’s how I ended up coaching at UWS with Roger and Mike. It took a while, but eventually Roger felt I was at the level where I could hold my own coaching with a couple of legends, and I was honored to have had the chance to coach on the same field as the two.

“Roger held everyone to a high standard when it came to sports,” said Sylvester.

Much of what Plachta taught was self-learned, but he also was a student of the game.

“My dad watched VCR tape videos of softball coaches constantly in the early years,” said Barkley. “He wore those tapes out and he would remember everything and could put it in play when he needed it on game day.”

Not only did Plachta have a 12-year run of excellence at Esko, but he also led UWS to its first three appearances in the NCAA Division III tournament.

After his time at UWS, Plachta was hired by South Ridge activities director Tony DeLeon to come in at the last minute and coach the Panthers. Plachta again worked his magic by leading his team to its first and only state tournament in 2019, in what may have been his best coaching effort ever.

Prior to his coaching career, Plachta was considered one of the top local softball players in the Northland. He played with numerous teams, including the vaunted Interstate Spur, one of the top teams in Minnesota. That is when Brad Emanuel got to know Plachta. Emanuel was coming off a Stewart-Taylor Printing team, which had won two ASA National Men’s Class A Championships, and joined Interstate Spur and met Plachta for the first time.

“We called Roger ‘Pigpen,’” Emanuel said. “He’d get out of the car in a newly washed uniform and by the time he got through the first game, he was full of dirt. He played the game hard, he lived life hard, and he expected everyone around him to give 100 percent all the time.”

According to Emanuel, Plachta’s play was contagious.

“When you have a guy that will give up his body for the game, you’re expected to do the same,” Emanuel said. “He lived life and he stood by his standards whether you liked it or not. I am so happy he had that last year in high school with South Ridge and took them to their first state tournament. I know that meant a lot to him, and he deserved it.”

Plachta is survived by his three children, Eric, Jamie and Sarah. Plachta died in his sleep at his daughter Sarah’s home.

“I will miss him,” Sylvester said. “He was my friend.”

Pine Knot News sportswriter Kerry Rodd has been covering Carlton County sports for decades on the radio and in the newspaper. Contact Rodd care of [email protected]