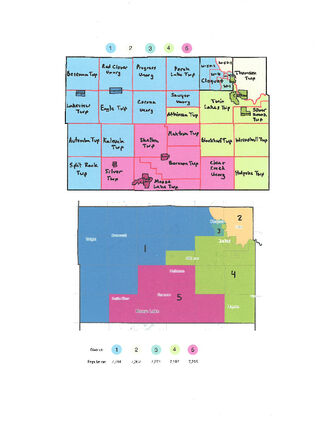 Esko senior Nathan Barta showed his work at the county board meeting this week. He said he wouldn't be offended if the board didn't use his redistricting plan.

Senior Nathan Barta explained his proposal for redrawing the boundaries of Carlton County's five commissioner districts, pointing out his plan kept the districts close to dead even in population as tabulated by the 2020 Census.

As required by Minnesota state statute, county commissioners had called for a hearing on the redistricting issue during their board meeting April 12. Auditor/treasurer Kevin DeVriendt presented a handout...