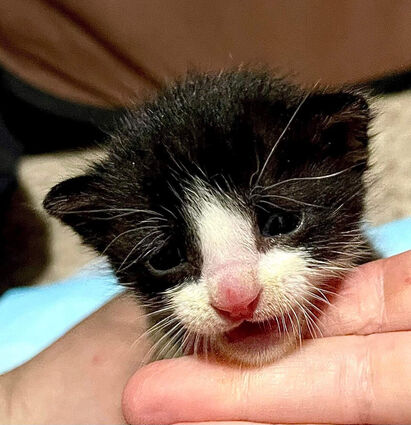 Two kittens were extricated from a motor home last week and another was found roaming a parking lot in Cloquet. All three are finding new homes here after likely hitching a ride from the Twin Cities area.

Three kittens are safe and sound thanks to an alert RV owner and Cloquet firefighters, police officers and an animal rescue volunteer who all came to the rescue.

On April 12, a camper owner heard baby kittens crying inside the vehicle when he returned from shopping at the Walmart store in Cloquet. Cloquet police officer Elijah Haglund responded and soon got Jodi Carlson of Missing Pets of the Northland involved. According to the Missing Pets Facebook page, Carlson tried to lure the kittens with canned food but they didn't bite. Cloquet Area Fire District firefighters Mike Garberg, Chris Whi...