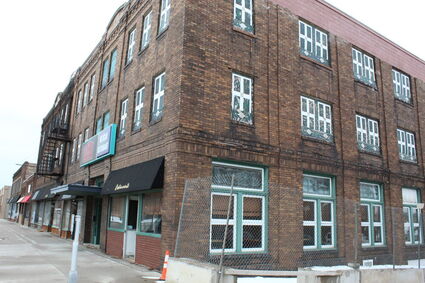 The city blocked off the Ninth Street sidewalk adjacent to the property at 915 Cloquet Ave. because of the danger of brick falling from the second story. The city council voted unanimously Tuesday to approve the condemnation of the former Mexico Lindo property.

Cloquet city councilors voted unanimously Tuesday to approve the condemnation of the building that once housed Mexico Lindo, a three-story building at 915 Cloquet Ave. originally constructed as the Hotel Solem in 1921.

The vote came after two years of attempts by the city to get the property owners to make repairs, after building official Matt Munter found numerous issues including a leaky roof and bulging brick walls. The city got no response from the owners to multiple orders to repair until earlier this year, after the council declared the historic building a "vacant and hazardous substa...