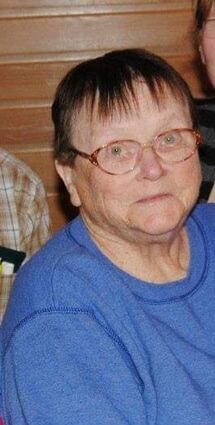 Joyce Delaine (Gault) Anderson, 91, went to be with the Lord on April 14, 2022, at Diamond Willow. She spent her final days surrounded by her loved ones.

Joyce was born Dec. 14, 1930, in Duluth to Charles Raymond and Anna (Ruhnke) Gault. She was raised in Wrenshall, where she attended school and was a cheerleader and homecoming queen, graduating as a Wren. She married the love of her life, Donald A. Anderson, on March 28, 1953.

Joyce worked at Travelers Insurance and the Carlton County Extension office and put in many years at Anderson Dairy in Carlton, where they had a creamery and farm. In 1969 they moved to Kettle River, where they continued farming and raising their children. Joyce was known for her daily homecooked meals with an extra plate for anyone who needed a meal, being a 4-H

leader for many years, always having children’s books for reading with any chil, and enjoying spending time with children, especially her children, grandchildren and great-grandchildren.

She is survived and will be dearly missed by her husband of 69 years, Donald; four children, Donald Anderson Jr., John Anderson and Keith Anderson, all of Kettle River, and Nancy (Rodney) Grimm of Moose Lake; grandchildren Robert Grimm of Kettle River, Jeremy (Jessica) Grimm of Moose Lake, Tricia (Daniel) Rodenborg of Askov, and Melissa (John) Stevens of Moose Lake; great-grandchildren Aaron and Raelynn Grimm, Kenzie, Alayna and Kaylee Grimm, Annie, Karleigh, Kynleigh and Aubreigh Rodenborg, and Jessica, John Jr., Hunter and Nick Stevens; and numerous relatives and friends, who loved her very much.

Visitation: 12 p.m. until the 1 p.m. funeral service Saturday, April 23 at Barnum United Methodist Church. Burial will be at a later time.